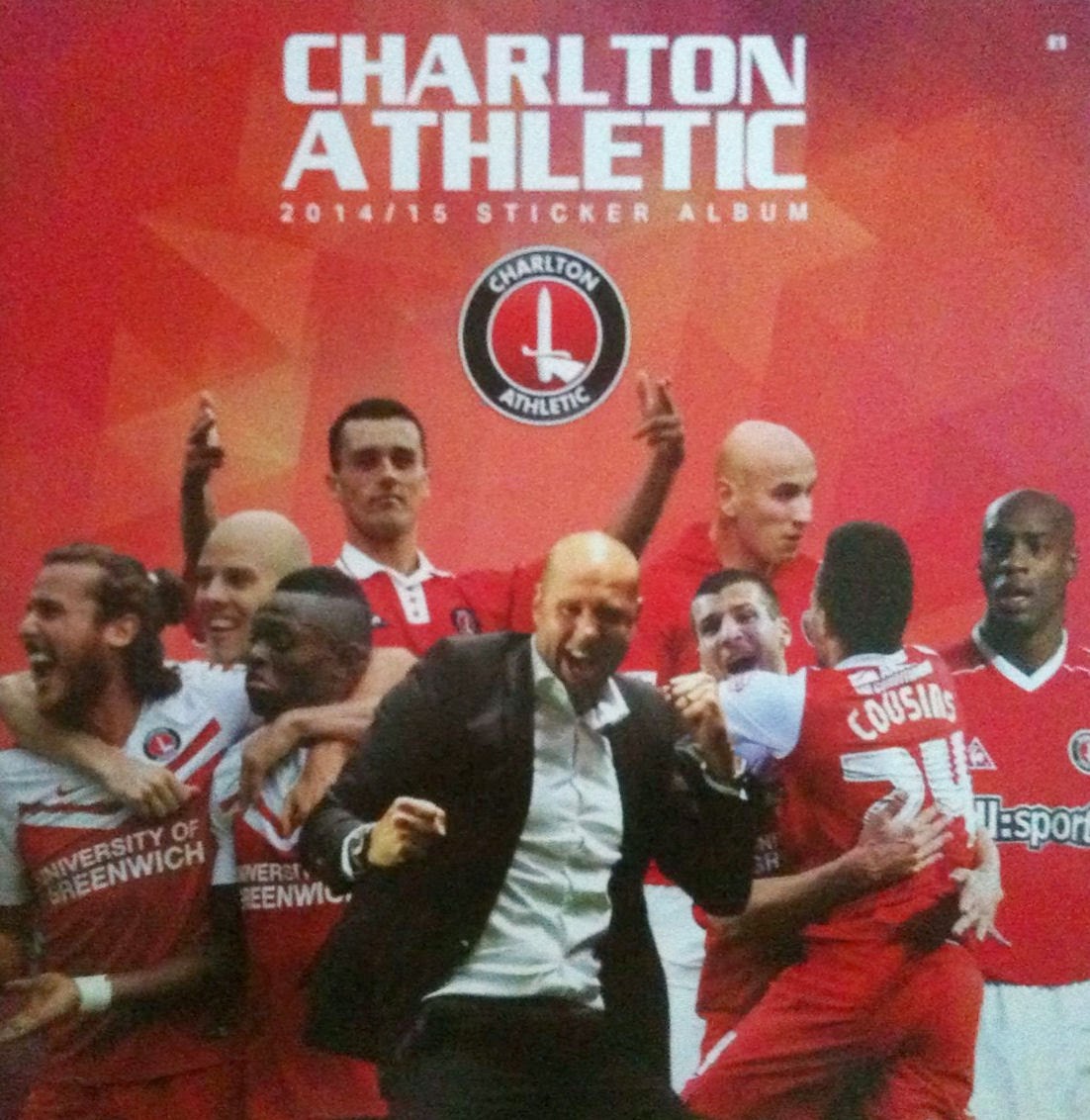 Throughout the season the official matchday programme of Charton Athletic, known as Valley Review, will include four numbered stickers for inclusion in the album. I don't have a checklist so would be interested to hear from anyone who can provide further information.
UPDATE (20/02/2015):  bisphamseasider has kindly sent in details of the stickers included with the programme for the game against Blackpool on 13 December, 2014.