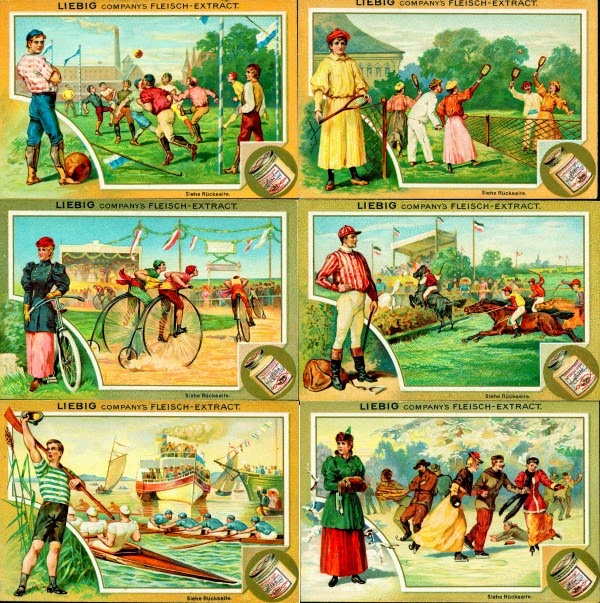 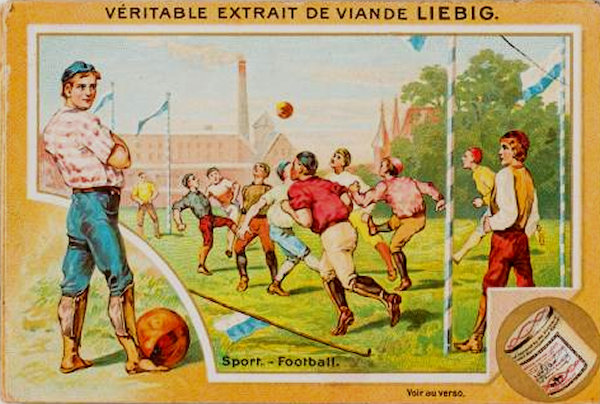 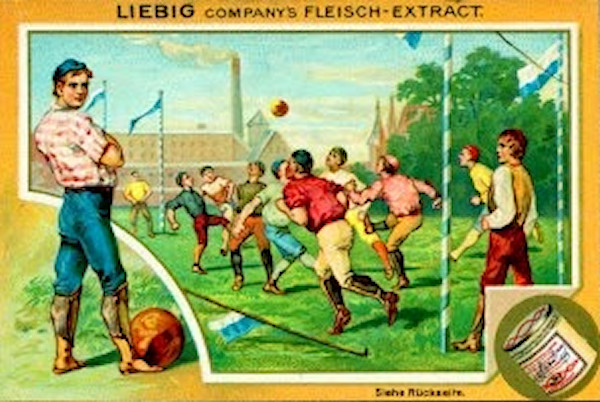 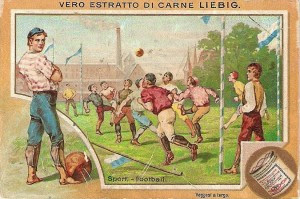 Liebig cards have been issued around Europe since the late 19th Century. There are thousands of 6-card sets, covering just about every topic you could think of. Very few though have featured football, so I thought I'd show a few cards here over the next couple of day. The company's products have been sold in the U.K. under the brand name of Oxo. All the sets are known by their F numbers.
There are two football cards shown above, the first, which appears in the complete set of 6, is from Germany. The other is the Italian version of the same card.
UPDATE (29-06-2021 17:06):  The French version has now been added.

Email ThisBlogThis!Share to TwitterShare to FacebookShare to Pinterest
Labels: Liebig