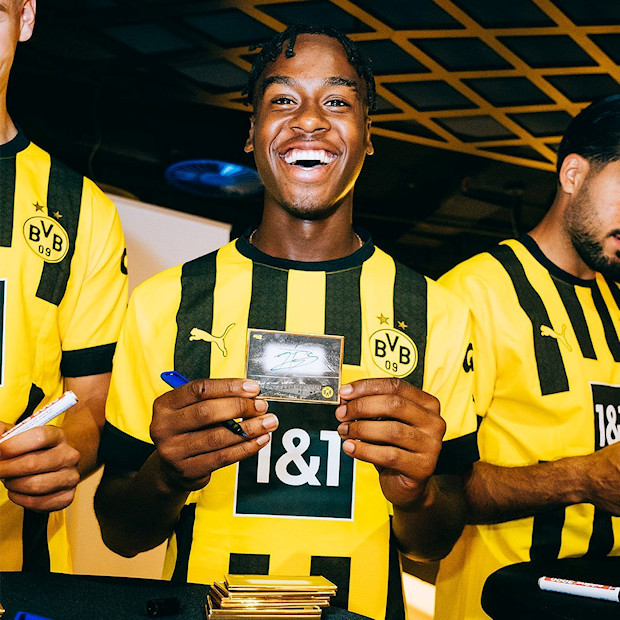 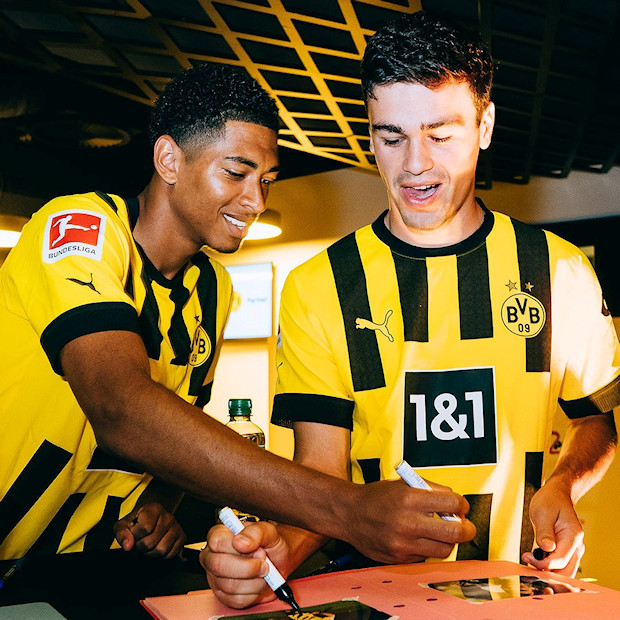 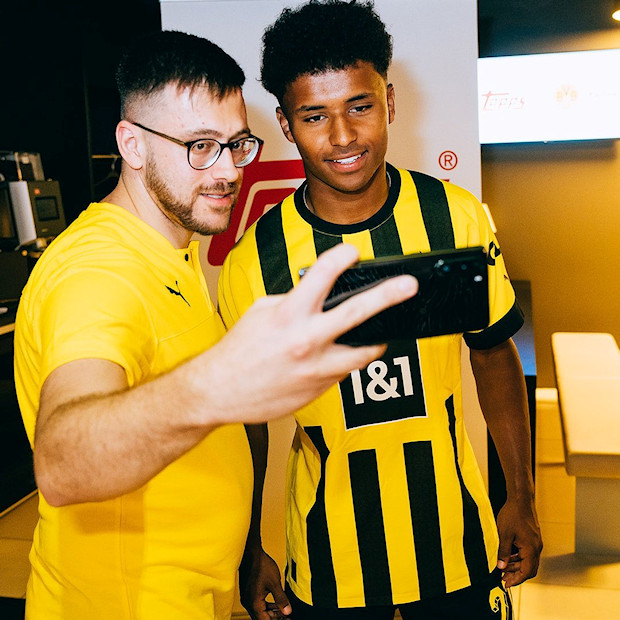 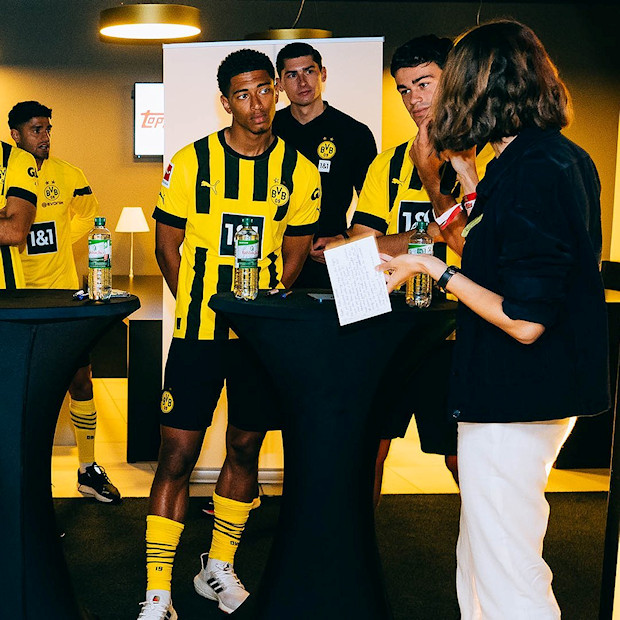 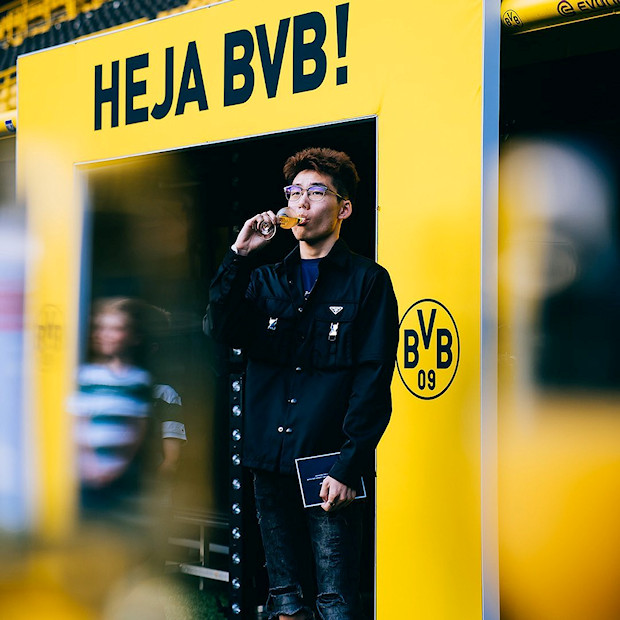 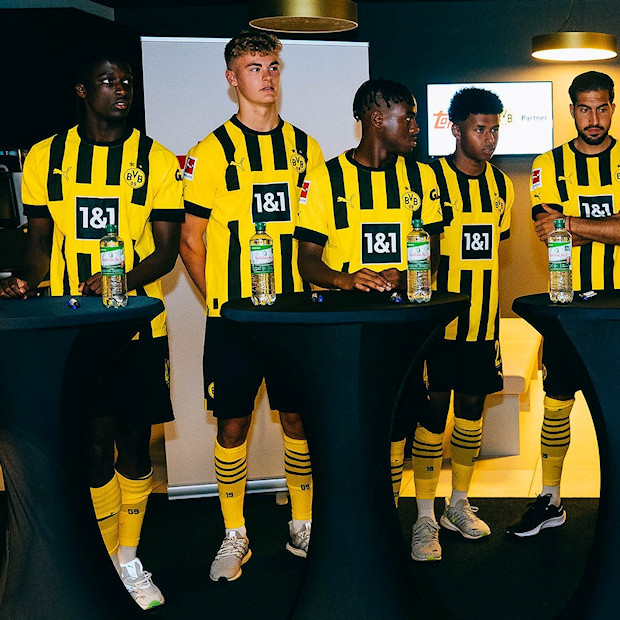 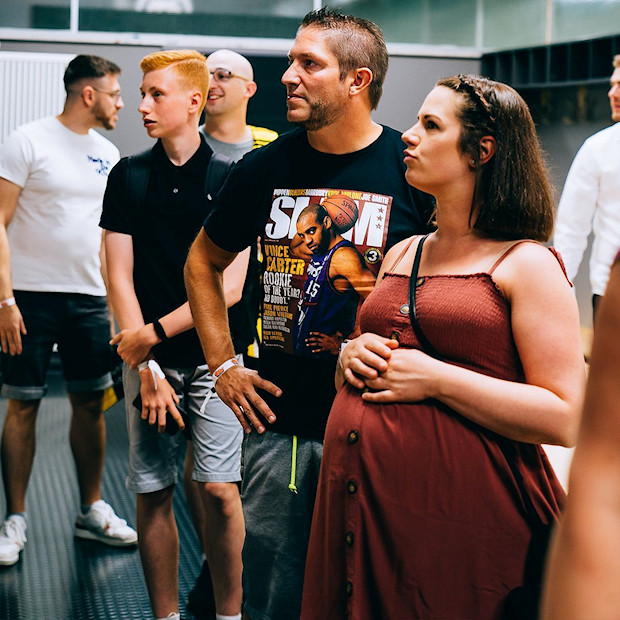 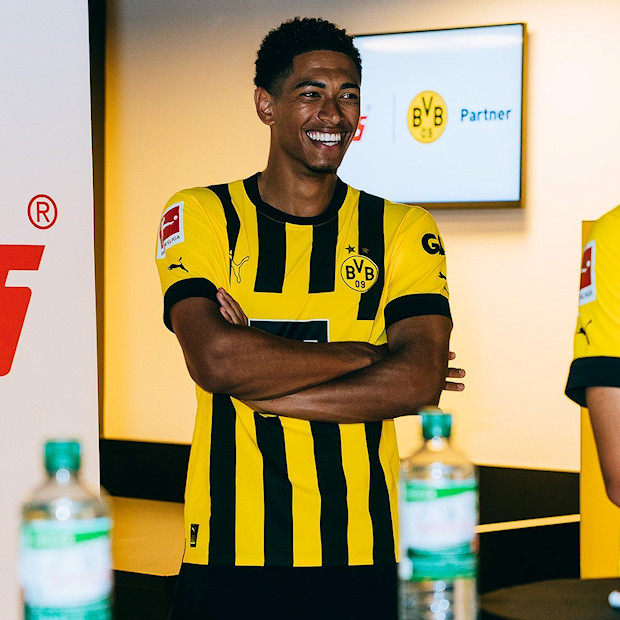 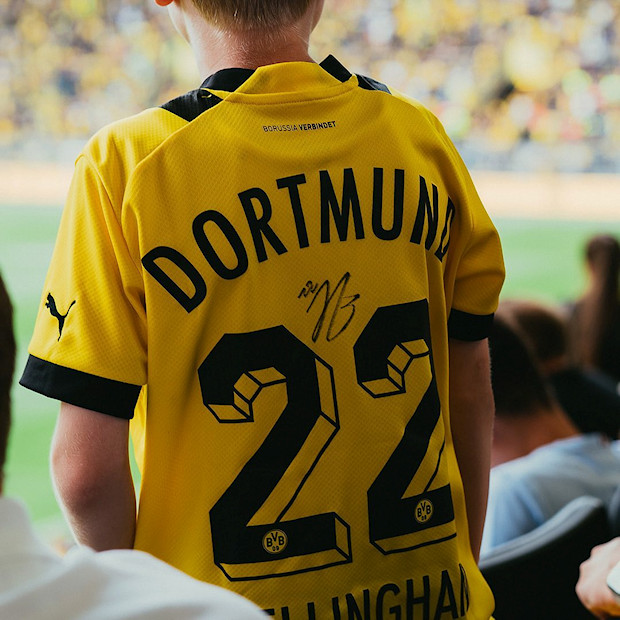 2020
2020 BVB Transcendent
Topps
41 cards
This past weekend the BVB Transcendent Event which was part of the #BVB Transcendent box from 2019 took place during the season opening at the SIGNAL IDUNA PARK.
The event started Saturday afternoon with a stadium tour that included the home dressing room and a walk through the player tunnel into the stadium, feeling the excitement of a player before a match. The tour ended in the VIP area with an exclusive dinner. The dinner saw two additional attendees in BVB legends Patrick Owomoyela and Roman Weidenfeller. The two legends sat together with the participants and answered all questions, afterwards they signed special cards for every participant.
On Sunday, the Transcendent event saw it’s highlight when eight players of the team took part in a special meet and greet that included photos, a Q&A and a signing session! Youngstars Tom Rothe, Jamie Bynoe-Gittens and Soumaila Coulibaly were accompanied by new signing Karim Adeyemi and star players Jude Bellingham, Giovanni Reyna, Mahmoud Dahoud and Emre Can. The day ended with many happy smiles and the season opening of Borussia Dortmund in the stadium with a legends match that saw players like Dede, Marcio Amoroso, Karl-Heinz Riedle and many more!
Posted by Alan Jenkins at 06:00:00