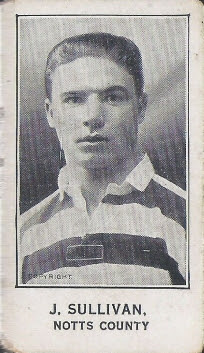 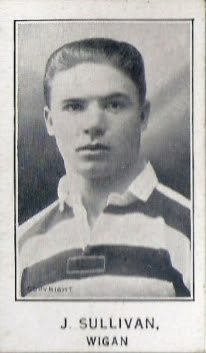 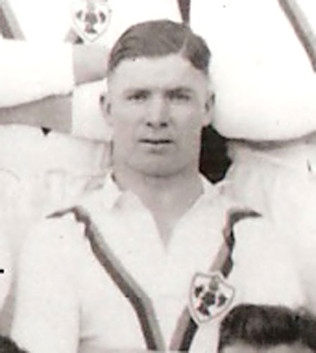 1925-28
(BAR-170) Cricketers, Footballers & Teams
Barratt & Co.
200 cards
Roger Pashby has provided scans of the two versions of the J. Sullivan card. He has discovered that there were two Jim/Jimmy Sullivans at that time, one a footballer and the other a rugby league player. Both Barratt cards show Jim Sullivan from Wigan RLFC. You can see more on Roger's website 1920sHeaven.
Jimmy Sullivan (1904-1974) played football for Notts County, having previously played for Bunrley, Barrow and Crewe Alexandra.
Jim Sullivan (1903-1977) played rugby league for Wigan, Wales and Great Britain, who 'went North' following one season at Cardiff RFC.
J. Sullivan (Notts County)  -  photo of Jim Sullivan (Wigan)
J. Sullivan (Wigan)
Posted by Alan Jenkins at 09:30:00