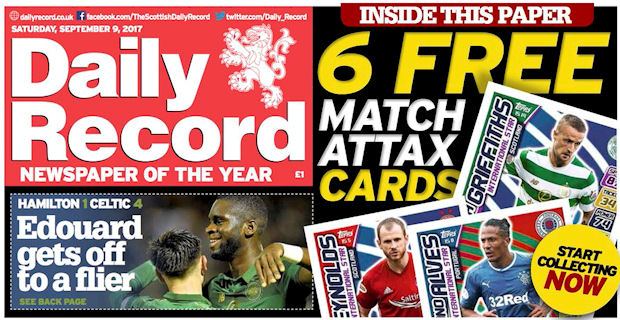 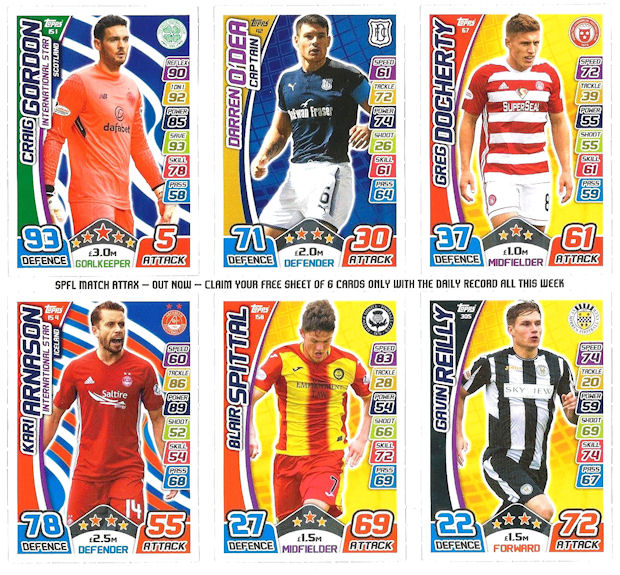 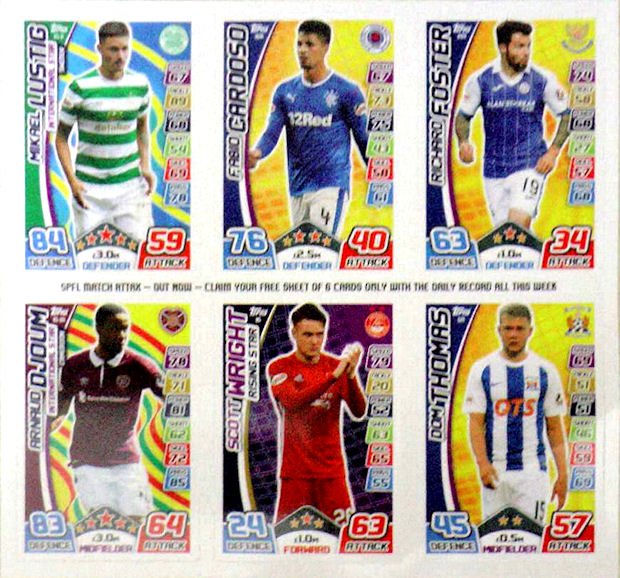 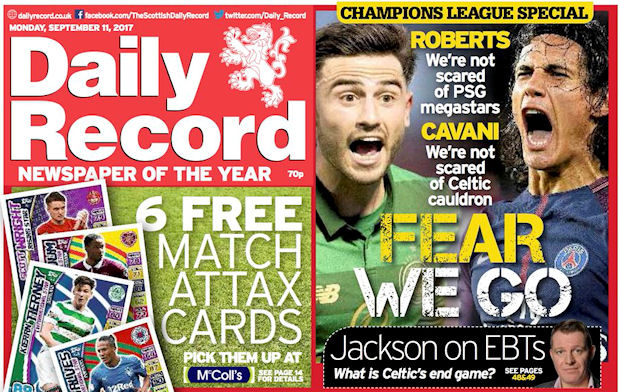 The Daily Record gave away sheets of Match Attax SPFL 2017/18 cards with their Saturday issue, the Sunday Mail gave away from cards the following day and then the Daily Record continued to give away sheets of 6 cards from the following Monday through to Friday. The sheets include International Star cards, only available in this format. At the moment I only have details for one of the sheets.
UPDATE (19-09-2017 18:14):  Andy R has provided a list of another sheet, the sheets are numbered for reference purposes only, they are not numbered in the order they were issued. Thanks to Derek Raith for the complete list of the International Star cards.
UPDATE (20-09-2017 17:14):  Andy R has provided a photo of the second sheet which he is 99% certain was included with the Sunday Mail on 17 September, 2017.
UPDATE (02-10-2017 09:24):  Bill Campbell has provided a list of the cards on another sheet, listed here as 'sheet 3' though the sequence number is not known yet.