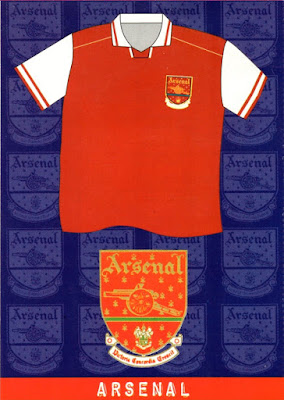 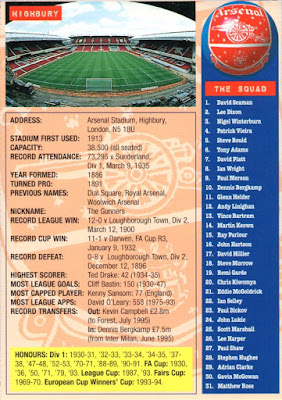 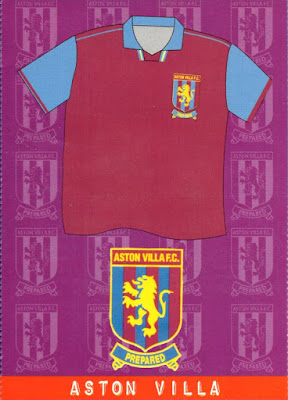 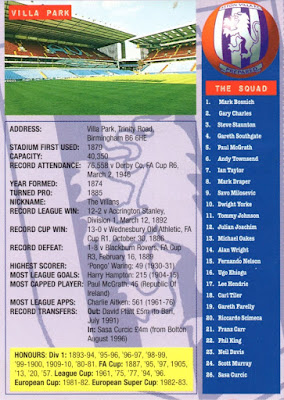 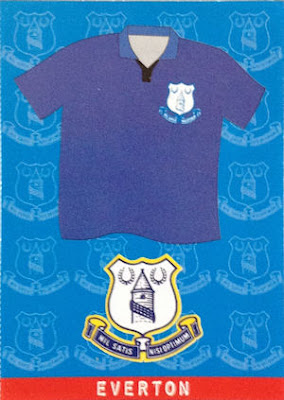 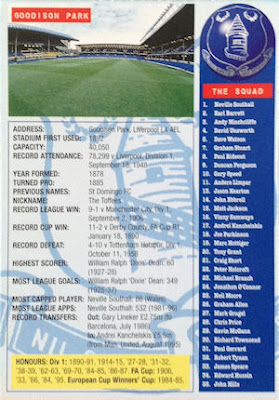 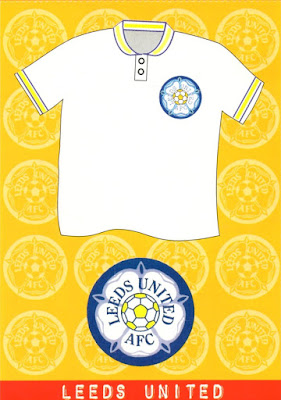 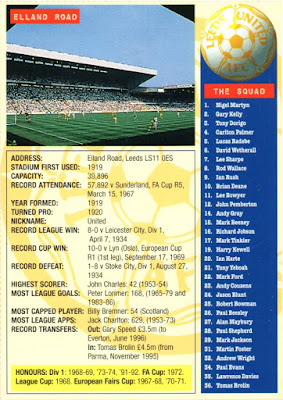 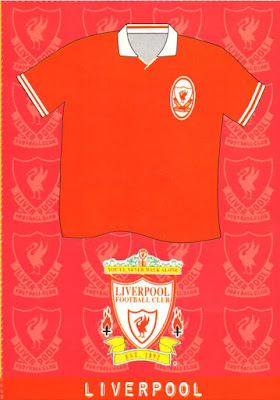 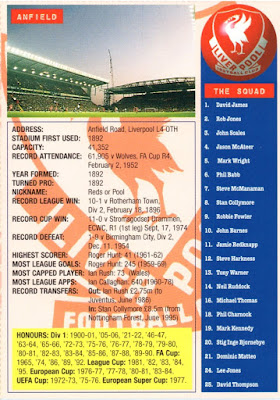 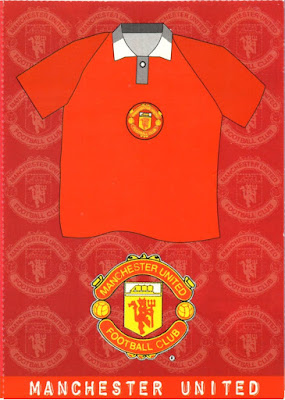 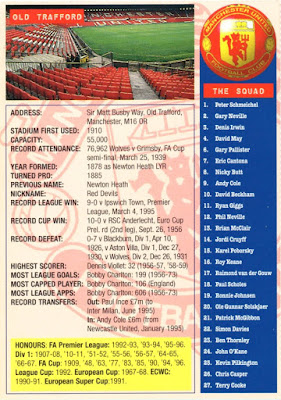 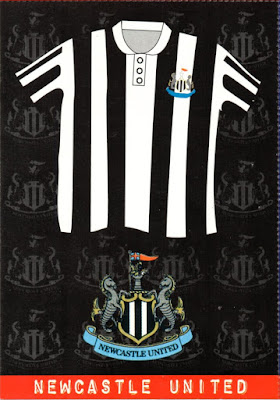 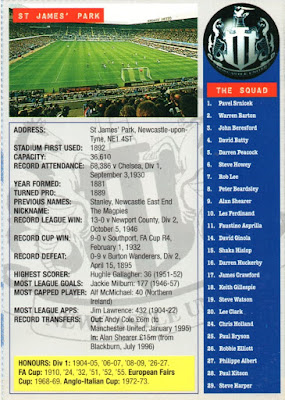 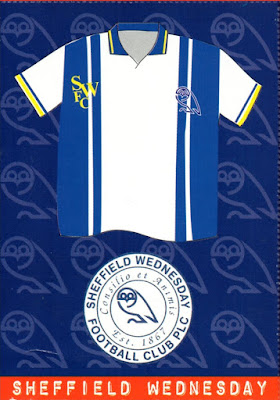 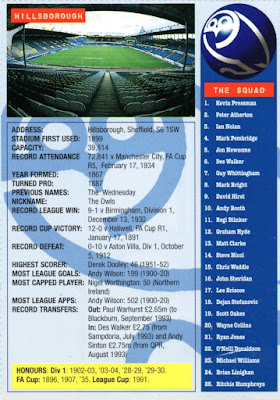 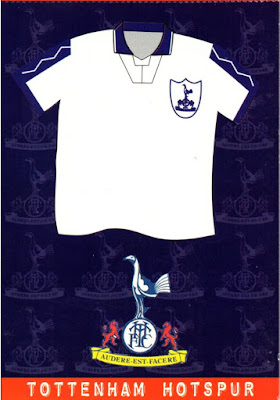 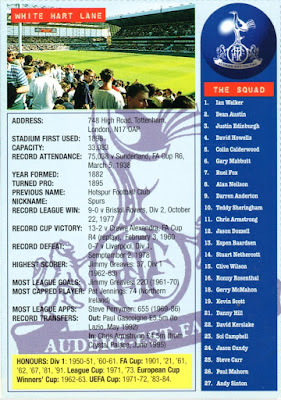 Paul Chauveau and Roger Pashby has asked if I know anything about these cards, some of which can be found on eBay. They look familiar but I don't have then listed in my database. The edges are perforated so they were produced in a sheet or sheets and were probably given away with a football magazine like Shoot or Match and may have been stapled as a wrap-around to the front of a magazine. Nine teams known but as the squad lists on the backs of the cards seem to list players at the clubs during 1996-97 a full list of twenty teams has been included and those not seen are identified with a question mark.
Please get in touch if you recognize these cards and can provide further information.
UPDATE (30-10-2016 20:14):  Graham Bruton has been in touch to let me know these cards were issued as one complete sheet with Match magazine dated 21 September, 1996. Now, were the other clubs issued too...
UPDATE (31-10-2016 13:28):  Scans of the Everton card have now been added to the illustrations, thanks to Paul Chauveau.