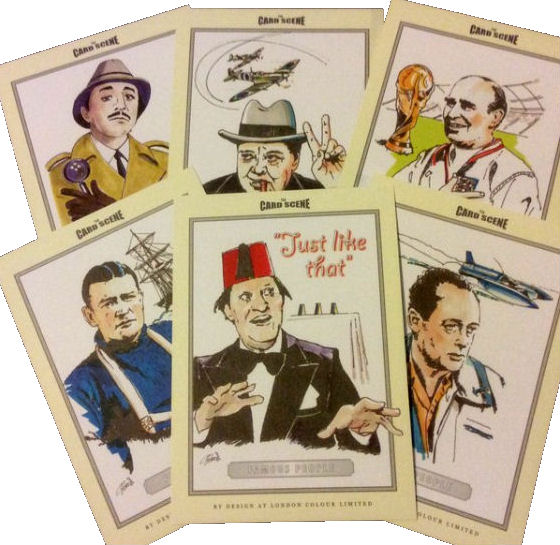 A set of postcards created for The Card Scene and independent magazine covering all aspects of card collecting. This set features some of the people who featured in the 'Famous Freemasons' cards that were shown yesterday.