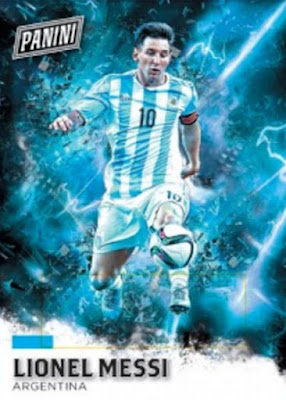 19 June is Fathers Day and Panini will be continuing their annual promotional event. Last year the only football seen was Kobe Bryant kicking a football. In 2014 the packets included a World Cup Prizm colour variation. For the first time in a number of years there will be footballers included, along with the usual suspects - baseball, basketball and football (the American variety) and this year will see NASCAR drivers included. There are a few sport-specific subsets too. A checklist will be published when one becomes available.