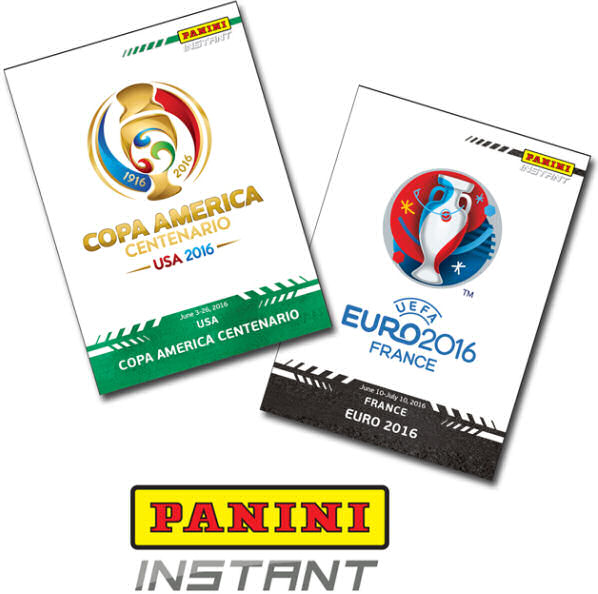 I have just received this information direct from Panini America. I hope to keep up-to-date with each new football card that is issued with an on-going illustrated checklist.

Panini America, the world’s largest sports and entertainment collectibles company, announced today that it will begin offering fans the unique opportunity to collect rare, real-time trading cards commemorating the biggest moments in sports on a daily basis with the launch of Panini Instant.
The unique initiative - which launches this weekend during the Copa America Centenario soccer tournament and continues with the Euro 2016 soccer tournament - will commemorate the biggest moments, milestones and performances in sports on a daily basis and will give fans and collectors just 24 hours to order each day’s card.
“Panini Instant is a revolutionary direct-to-consumer product that allows fans to collect cards around key events and moments in sports,” said Panini America CEO Mark Warsop. “Panini Instant grants us the opportunity to capitalize on the evolving trend to collect in real-time and the ability to expand the trading card category beyond collectors to mainstream sports fans around the world.”
Each new Panini Instant card will be made available on iCollectPanini.com between noon and 1 p.m. CST the following day and will be available to purchase for 24 hours. Each Panini Instant card will be made to order and will be numbered on the back to reflect the total print quantity of each card. The cards will be shipped to consumers within three to five days after the 24-hour ordering window expires.
In addition to the base Panini Instant card, there will also be versions numbered to 25, five and only one, respectively. The first Panini Instant offering will be available tomorrow at iCollectPanini.com.