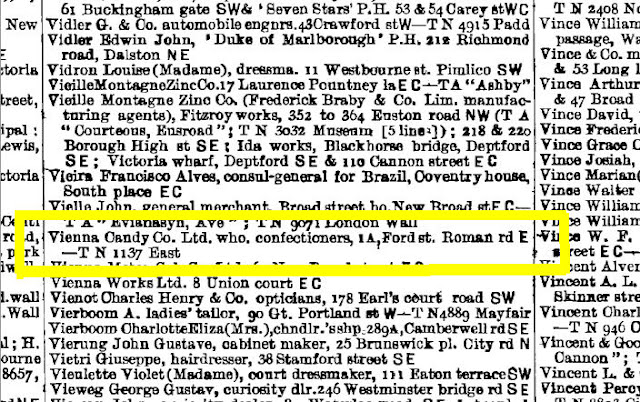 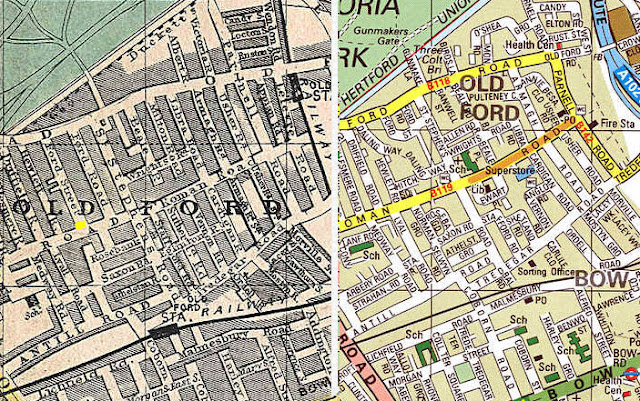 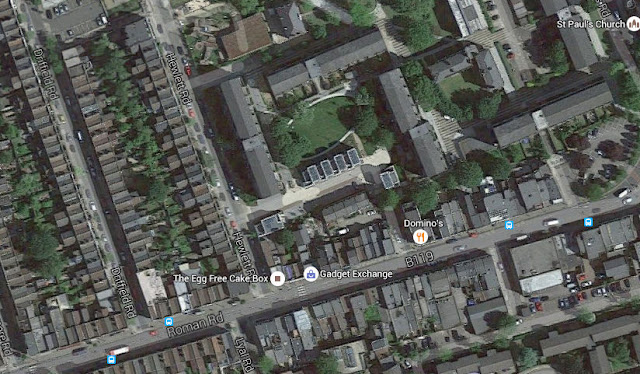 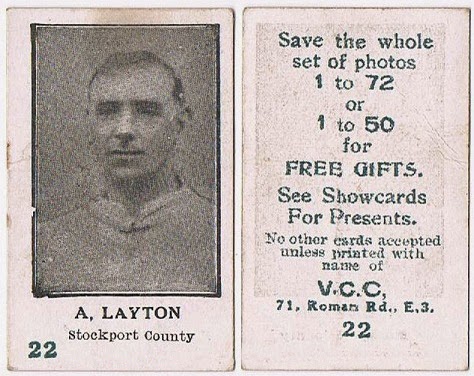 Who are V.C.C.? That's the question Roger Pashby posed. There was speculation a little while ago that it might stand for Victoria Confectionery Co. but there was no real proof that such a company ever existed.
Roger's question set me thinking and I wondered about the old Trade Directories which are often used when researching family history.
I searched the internet to see if there were any such books published in the 1920's. The most recent I could find was from 1915 - Post Office London Directory 1915. Fortunately the volume has been scanned and can be viewed at the Special Collections Online site of the University of Leicester - LINK.
It took a while to find the 'V' section but I eventually made my way to page 603 and found the following entry:

That part of Ford Street no longer exists. The maps are taken from the East London Historical Society website and show the area in 1882 taken from "Reynolds' New Map of London and its Suburbs" alongside a modern map from 2008 and the area as it is today. Ford Street can be seen on the Victorian map but not on the modern map. This street is a long way from V.C.C.'s address at 71 Roman Road, but there are about 7 years between the entry being published in the directory and the cards being issued. If the company was relatively successful they may have needed newer or bigger premises, but that is pure speculation.
They were a limited company, so I presume there are records available somewhere, but I've no idea where to start looking.
Information about the V.C.C. cards can be found here - http://cartophilic-info-exch.blogspot.co.uk/search/label/V.C.C. 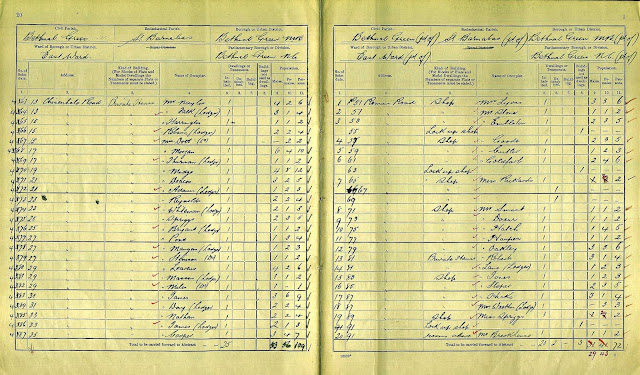 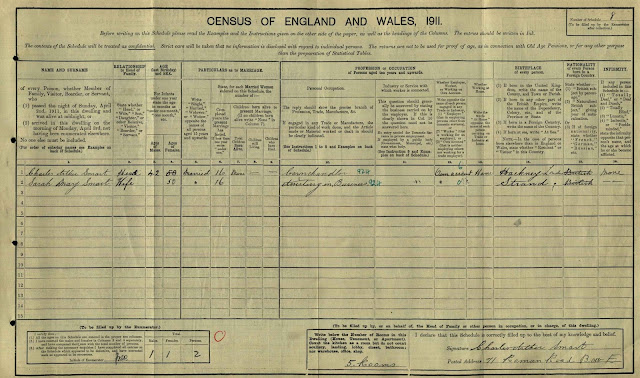