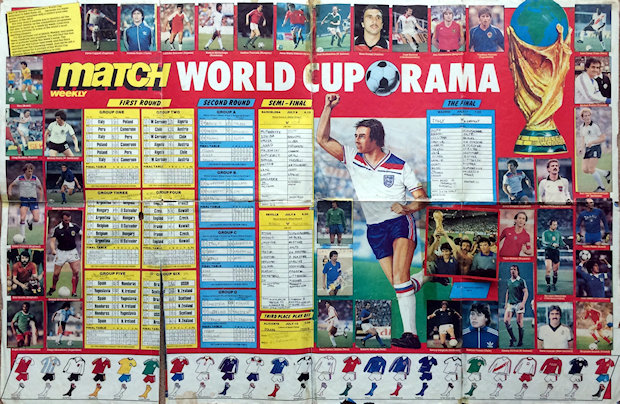 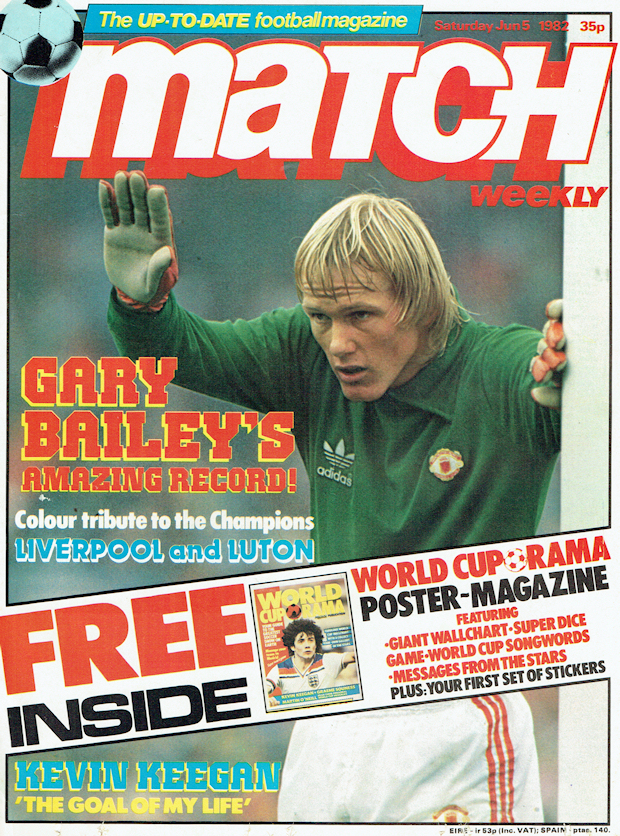 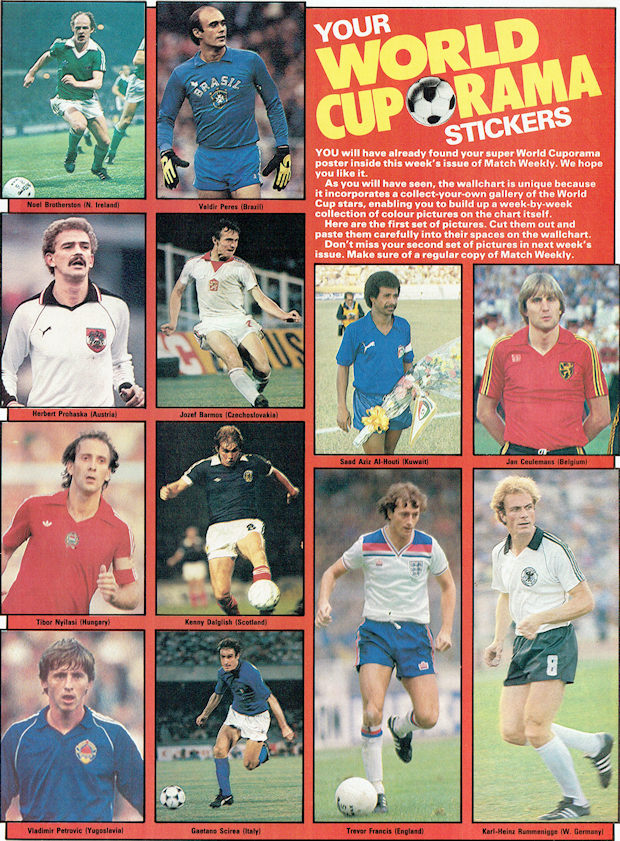 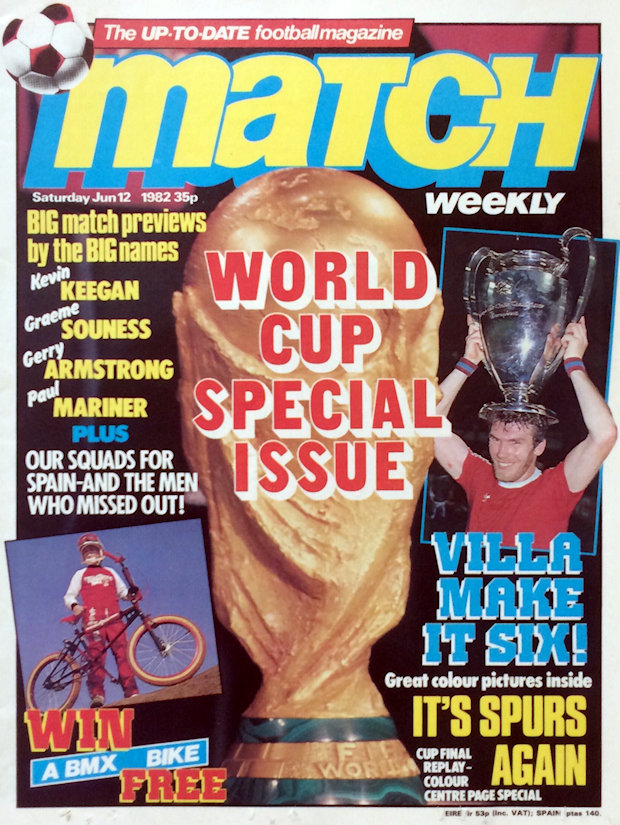 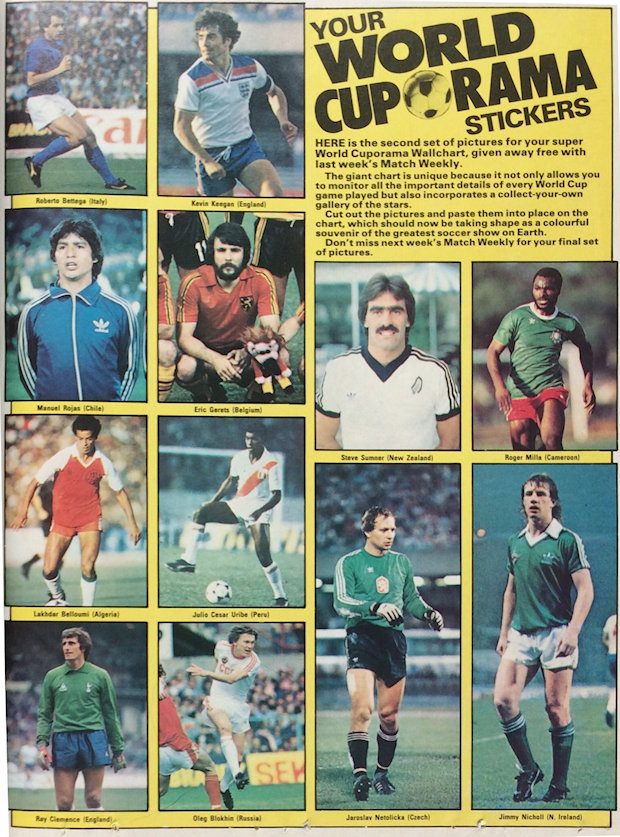 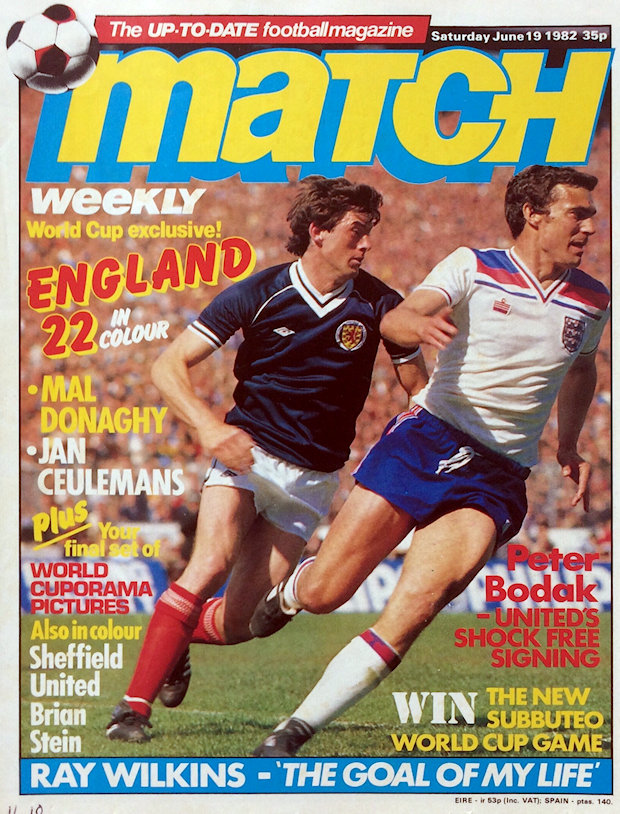 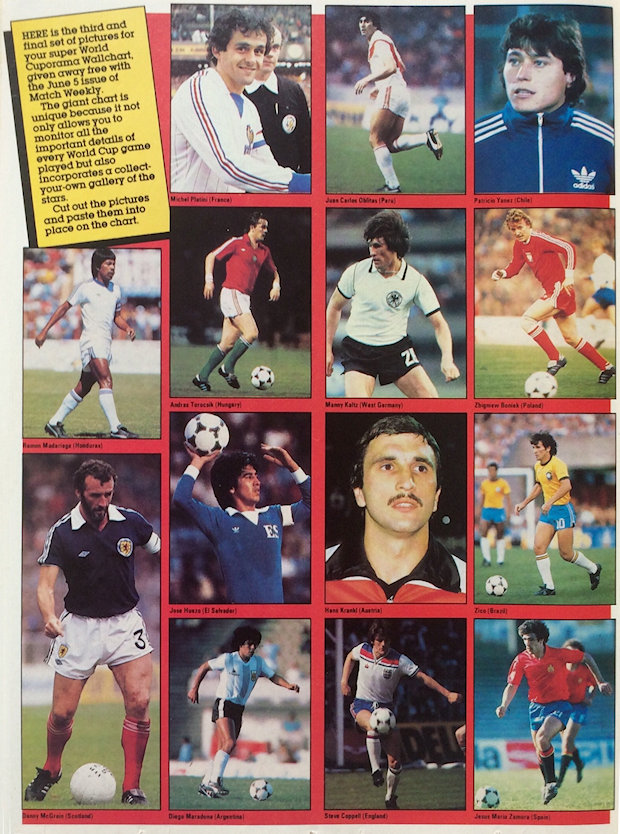 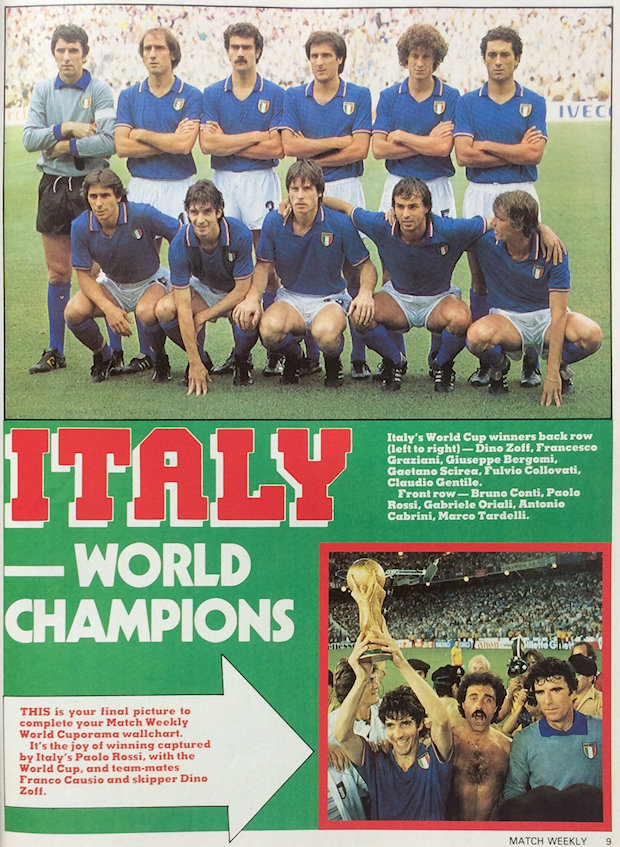 The poster and first sheet of "stickers", using the term very loosely, were included with the issue of Match Weekly dated 5 June, 1982. Further "stickers" appeared over the following two weeks. I call them stickers as that is how they are referred to in the magazine, but beware, they are not actually stickers, just an assortment of pictures (page 33 in the 5 June issue) that have to be cut out and pasted on to the poster. At the moment I only have details from one of the magazines as I'm still trying to track down the other two issues.
UPDATE (17-05-2022 13:30):  Paul W. has provided lists of the photos from the 12 and 19 June issues of Match, but he has also advised me that there was one further photo, from the 31 July issue showing the triumphant Italian team. Paul has also provided a better picture of the poster along with photos of the covers and pages of the relevant issues of the magazines.