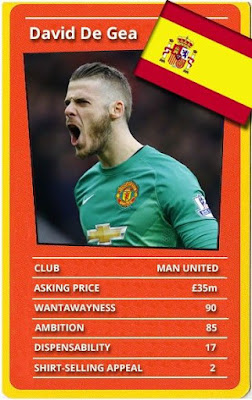 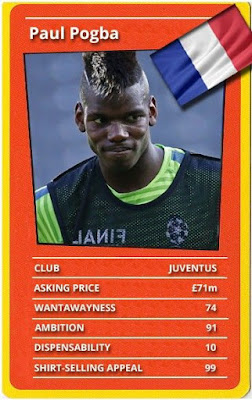 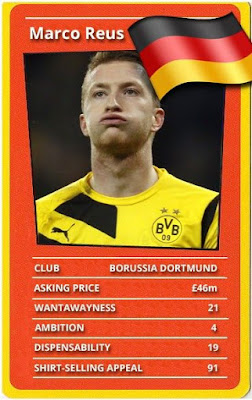 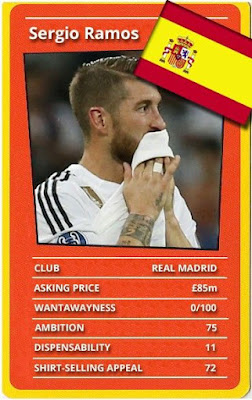 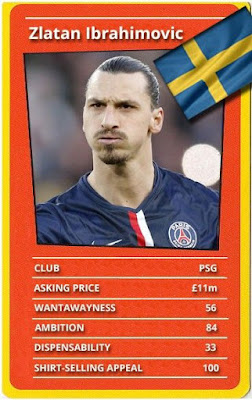 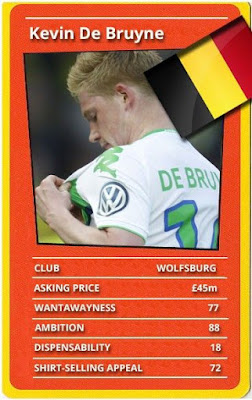 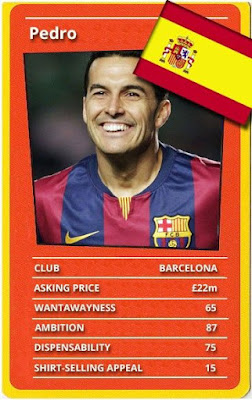 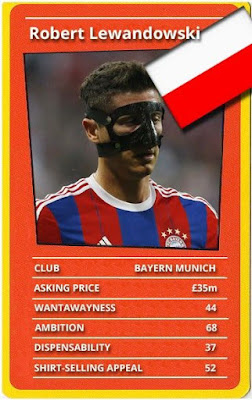 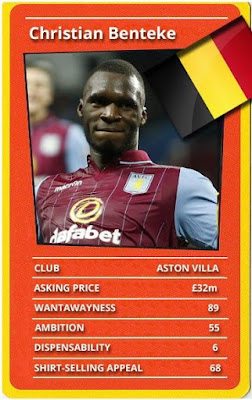 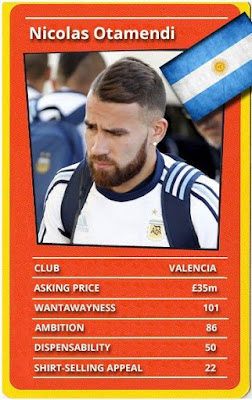 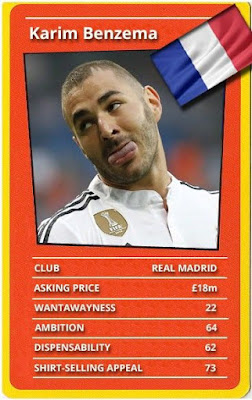 Not really cards, just something that Eurosport put together when publishing an article on the summer transfers, so don't go looking for these on eBay....
Fed up of trawling the internet each morning, trying to determine whether your favourite player is joining your childhood club?
Would you rather just know how likely all the major deals are – spending the rest of your summer relaxing, without the constant stream of ‘will they, won’t they’. Well, you’ve come to the right place. We’ve fiddled around with Photoshop to produce some Transfer Top Trump cards, each detailing how likely a move would be based on five components: