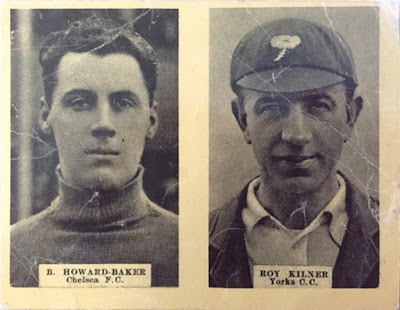 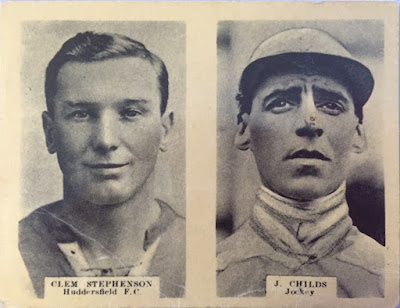 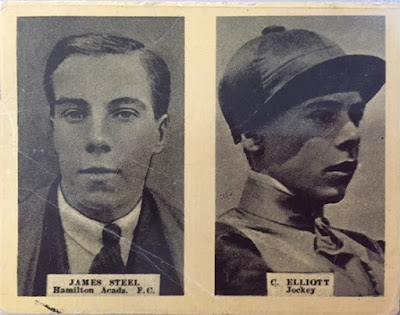 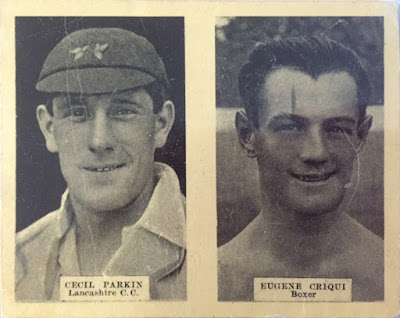 Jim Donnelly has asked if I know anything about these cards. The set of cards has been catalogued by the Cartophilic Society of Great Britain, though they do not know how or when the cards were issued, listing them in the anonymous section. The CSGB has the set listed as being issued c.1925, while Roger Pashby has the Clem Stephenson card in his 1926 section. Four of the five pairs are shown here, the scans kindly supplied by Jim Donnelly.
UPDATE (20-04-2021 09:51):  I have amended the date of issued to 1922 following an e-mail from Gregory Graetz who has been doing some research on these cards. I'll let him explain:
John Steel is specified as part of Hamilton Academicals F.C., where he played from 1921-1925.  In 1925, he transferred to Burnley, and played with Burnley from 1925-1931.  Therefore, I would suggest that 1925 is the latest year that could be the issuance of this set.
Most of the rest of the careers for the individuals in this set line up for 1921-1925 based on their clubs, etc.  The curious one is Frankie Burns:  his last bout was in 1921, so his inclusion in a 1925 set seems suspect, as he was not very relevant for the sake of having a card that late.
Adam Warshaw, who is the author of a boxing card book catalogue series called America's Great Boxing Cards, has dated this set as 1922.  I believe that 1922 could actually be the correct year.
Based on the data I've seen, 1921 is the earliest possible year, and 1925 is the latest possible year.  1921 and/or 1922 makes the most sense to me, but I could agree to as late as 1925.
(ZJ5-48) Sportsmen - pair 1