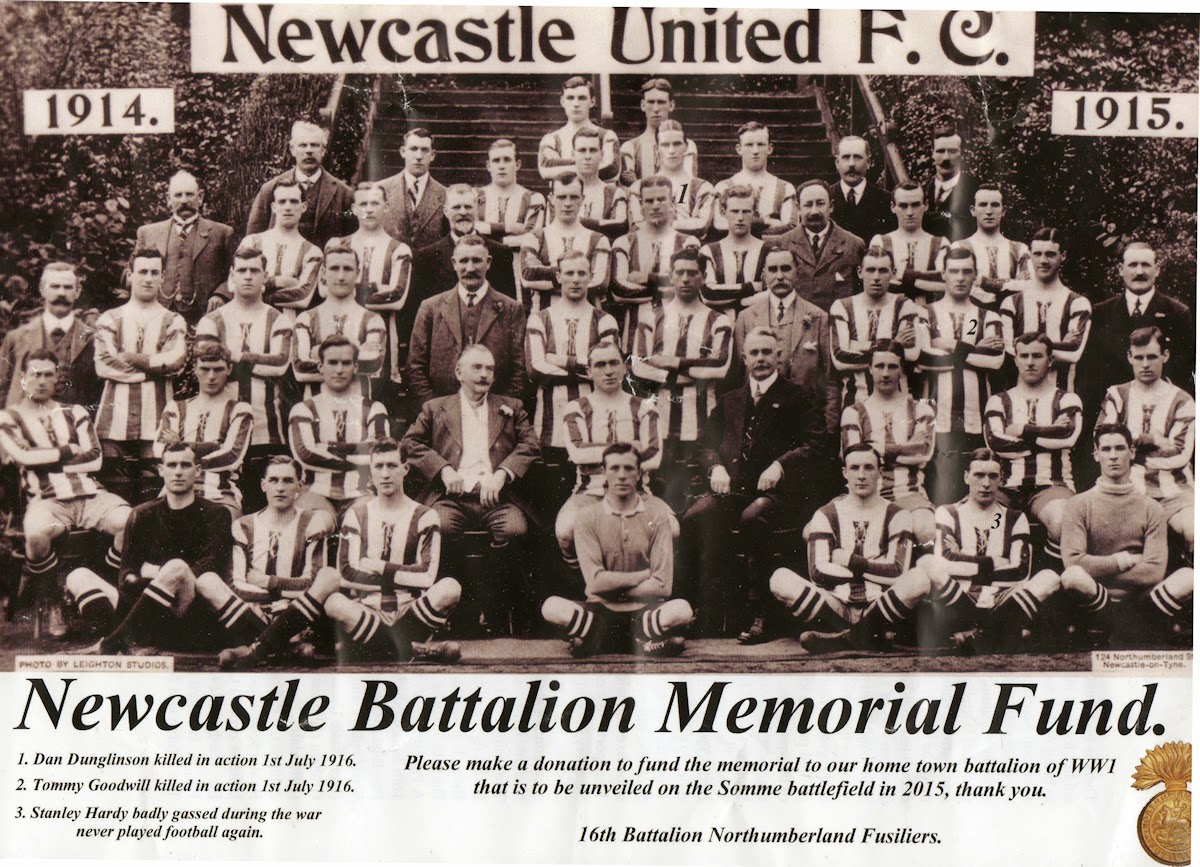 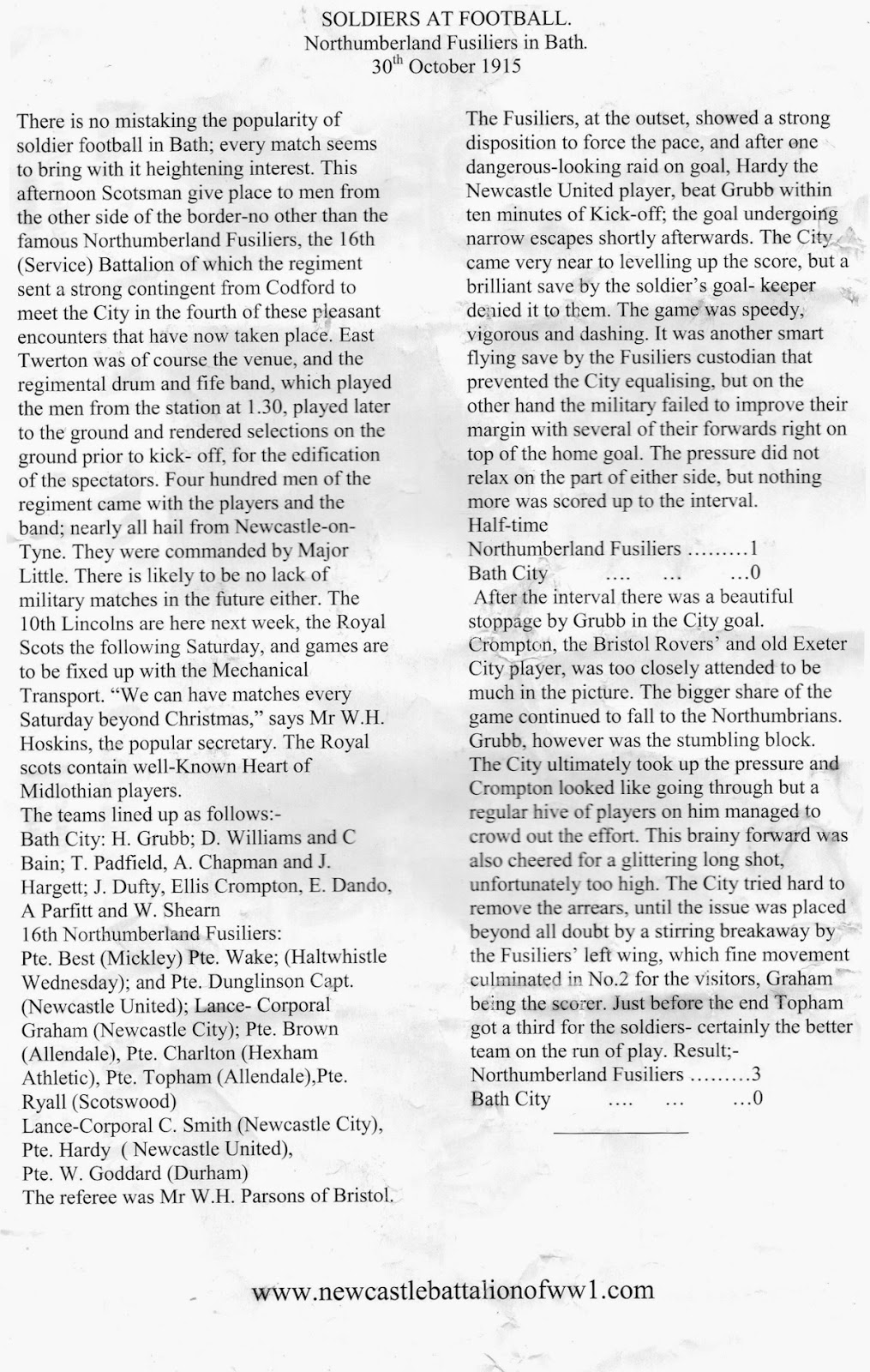 Jimmy Gibbons has sent in scans of a posted distributed at the Newcastle United game against Arsenal on 21 March, 2015.
It shows the team with two players who were killed during the war and one who was wounded and never played football again. The rear of the poster details a football game between the Northumberland Fusiliers and Bath City. The cadets raised over £2000 for the memorial fund.