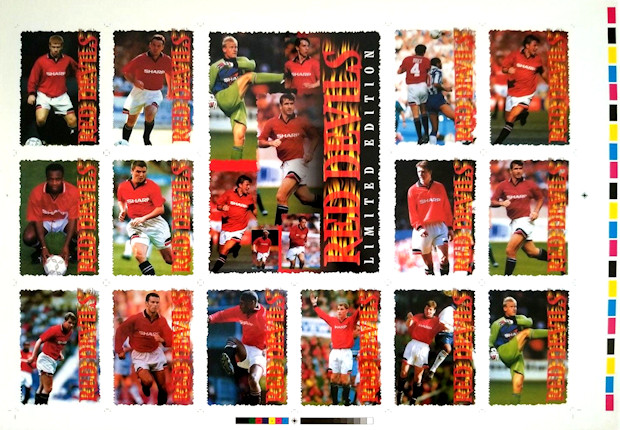 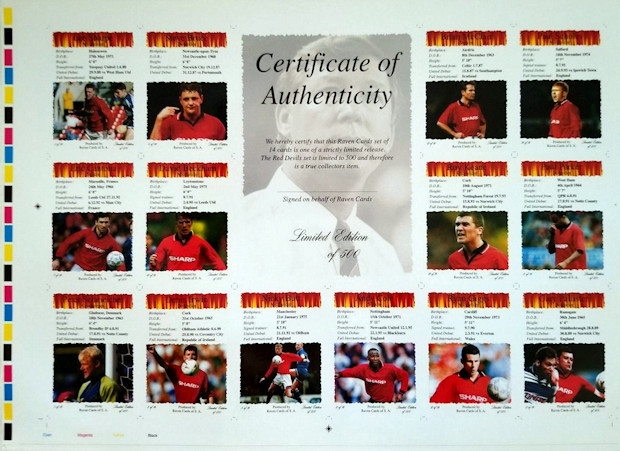 2000-01
Red Devils (Manchester United F.C.)
Raven Cards
South Africa
15 cards
A sheet similar to this one is currently sitting on eBay listed as Buy It Now for $70,000 (plus $700 shipping) because the seller states that the sheet was printed in 1995 and includes a David Beckham Rookie card. Another sheet is listed at £9,999.99. Caveat emptor - nothing could be further from the truth - his collection was issued during the 2000-01 season NOT in 1995. Two of the cards feature Nicky Butt and Paul Scholes and are identified as England internationals, Butt made his England debut against Mexico on 29 March, 1997 while Scholes England debut came on 24 May 1997 against South Africa.
Posted by Alan Jenkins at 12:30:00