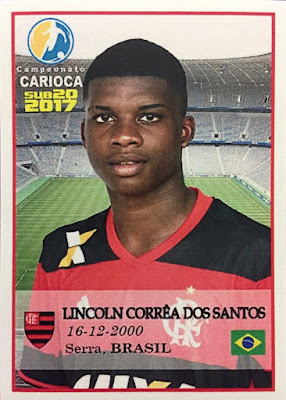 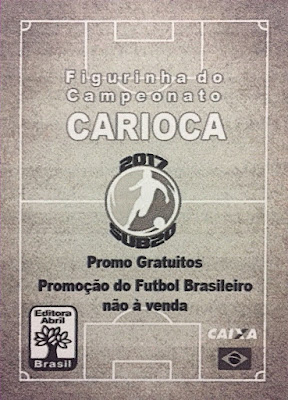 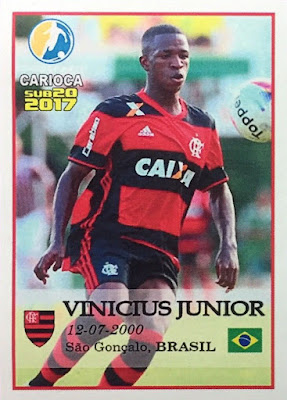 Another of the stickers given away recently and produced by Abril in Brazil. He is still only 16 but Lincoln Corrêa dos Santos has been linked with moves from Flamengo to Juventus and Real Madrid, with the most recent rumour concerning a €31m transfer to Barcelona. This could well be a 'rookie' sticker of a world-famous player in years to come. I don't think he features in this year's Panini collection Campeonato Brasileiro 2017.
UPDATE (05-12-2017 09:35):  Another sticker added.