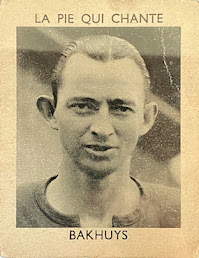 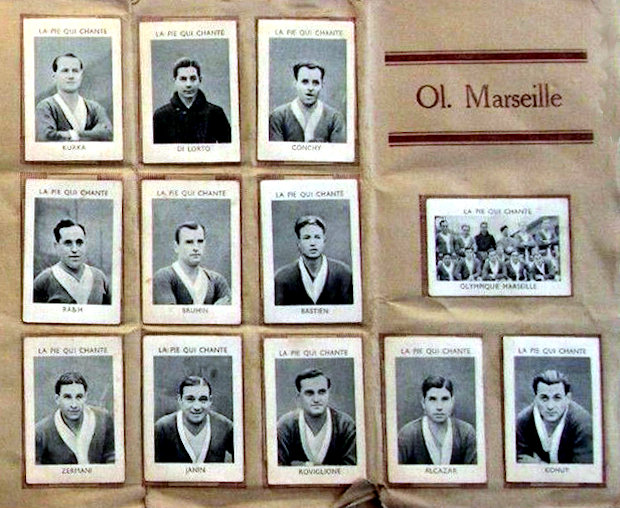 La Pie Qui Chante translates as The Singing Magpie, and I have been informed that there are 49 cards in this collection but the backs of the cards are blank and are unnumbered, so I don't even know what the set is actually called. I have also seen cards that look very similar but feature Cyclists. I have 26 footballers listed so far.
UPDATE (26-12-2017 15:19):  Two more added, thanks to Benedek Farkasházy.
UPDATE (26-12-2017 15:19):  Bakhuys added, thanks to Scott Leventhal.
UPDATE (28-09-2021 19:55):  Scott Leventhal has been in touch to state that there are often two cards some players, which has led him to believe that there are two different sets. The cards with the half-length images are slightly longer and narrower than the cards with the head & shoulders portraits. Scott has suggested that the half-length might have been issued in c.1935-36 and the head & shoulders in c.1936-37. I have also been able to add details of a few more cards and it's possible that this set might feature a total of 72 cards. I have also included an image of an album page showing 12 Olympique de Marseille cards. 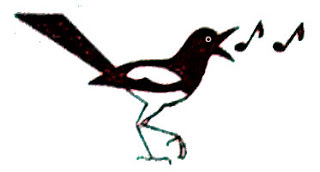