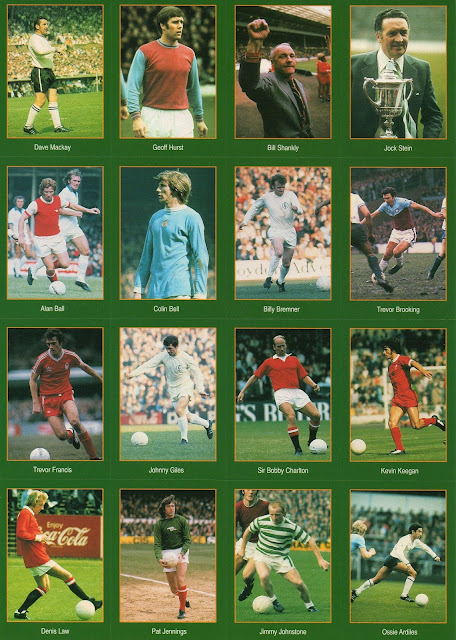 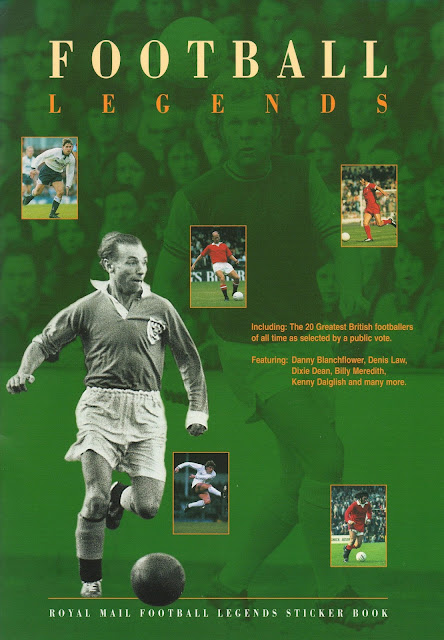 Steve Marsh has provided scans of the fourth sheet. I was wrong in stating that the sheets were stapled into the middle of the album. They were in the plastic bag that the album came in. Two sheet of 32 stickers folded in half, the black & white photos on one sheet and the colour photos on the other. Steve has also sent along a scan of the album cover. The full checklist can be found here - Royal Mail - Football Legends.