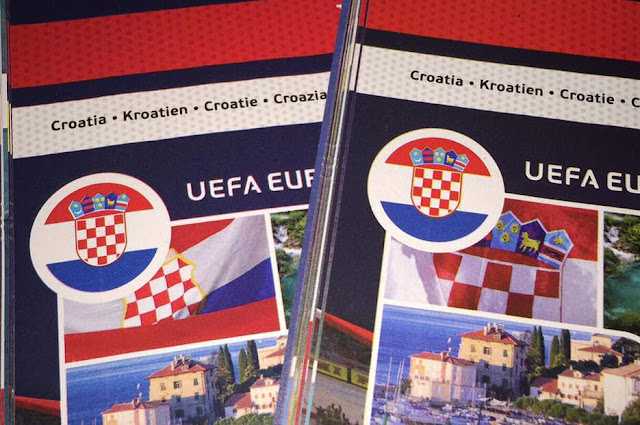 del Piero has been in touch as he's found a variation in the Euro 2016 albums as shown above. Original albums included the flag of the former Croatian Republic of Herzeg-Bosnia (Hrvatska Republika Herceg-Bosna) (on the left) which was later replaced by a proper Croatian flag (right).