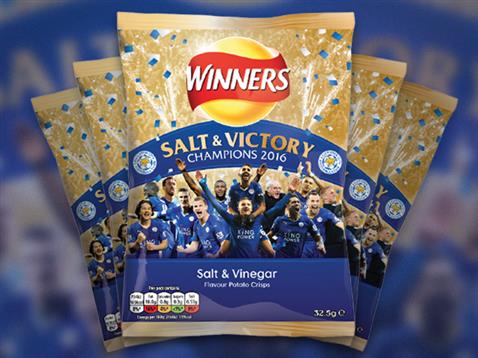 Leicester City’s Premier League title triumph is being marked by Walkers Crisps with a brand new flavour – Salt & Victory!
The Foxes will lift the trophy after Saturday’s clash with Everton at King Power Stadium, and thanks to the Club’s Legacy Partner, all home supporters attending the game will be given their very own limited edition pack.
That’s an incredible 32,000 packets of crisps to be dished out to supporters at King Power Stadium from Walkers, just like they did to celebrate Jamie Vardy’s record-breaking goal streak against Chelsea earlier this season.
These special packets are NOT for sale in shops and have been made specially for Leicester City supporters attending the game.