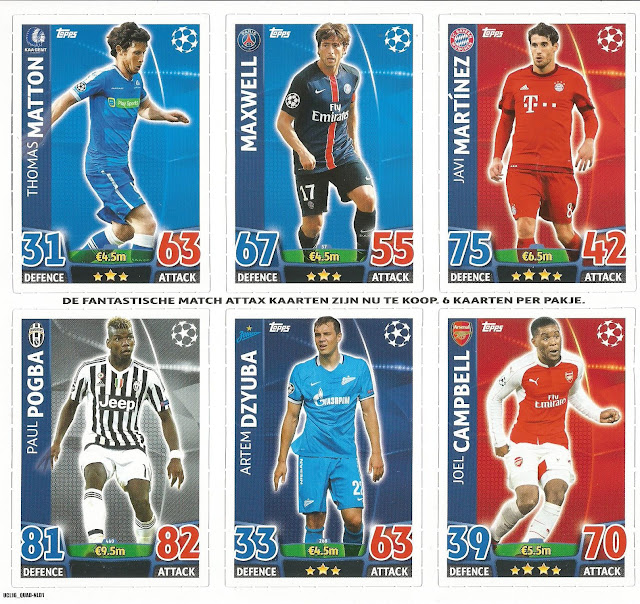 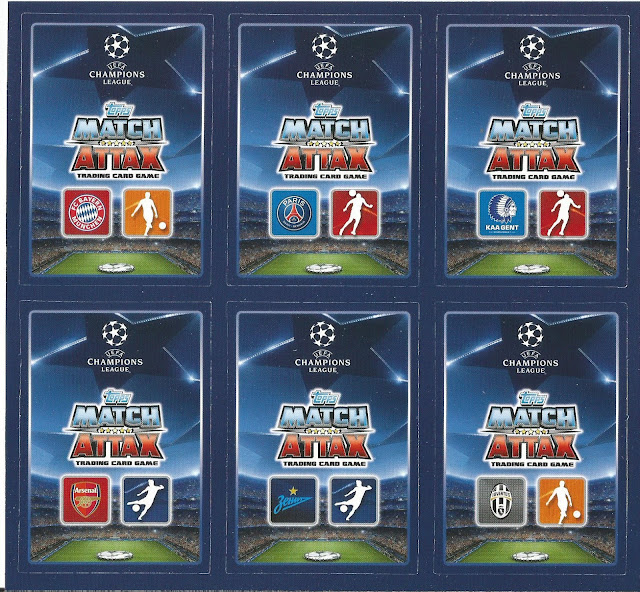 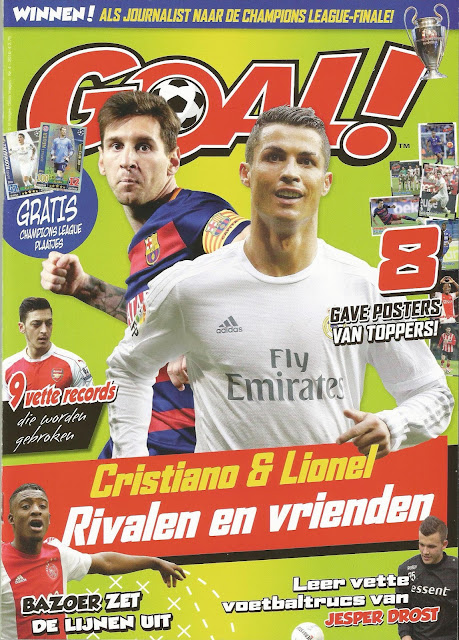 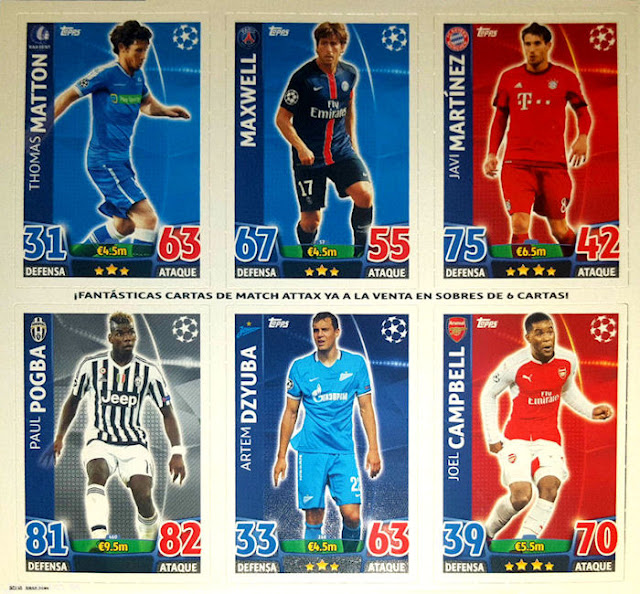 Wila75 has provided these scans - Goal! magazine in the Netherlands includes a sheet of 6 Champions League Match Attax cards with three of the players not featured in the collection until now. The three new cards are all unnumbered. The same sheet has also been issued in Spain, but I don't have any further details.
The original checklist can be found here - Topps - UEFA Champions League Match Attax 2015/16 (08) - Checklist.
UPDATE (04-07-2016 12:06):  A scan of the Spanish version of the 6-card sheet has been added.
UPDATE (26-12-2018 08:33):  I've added a video produced by Łukasz Musiol.