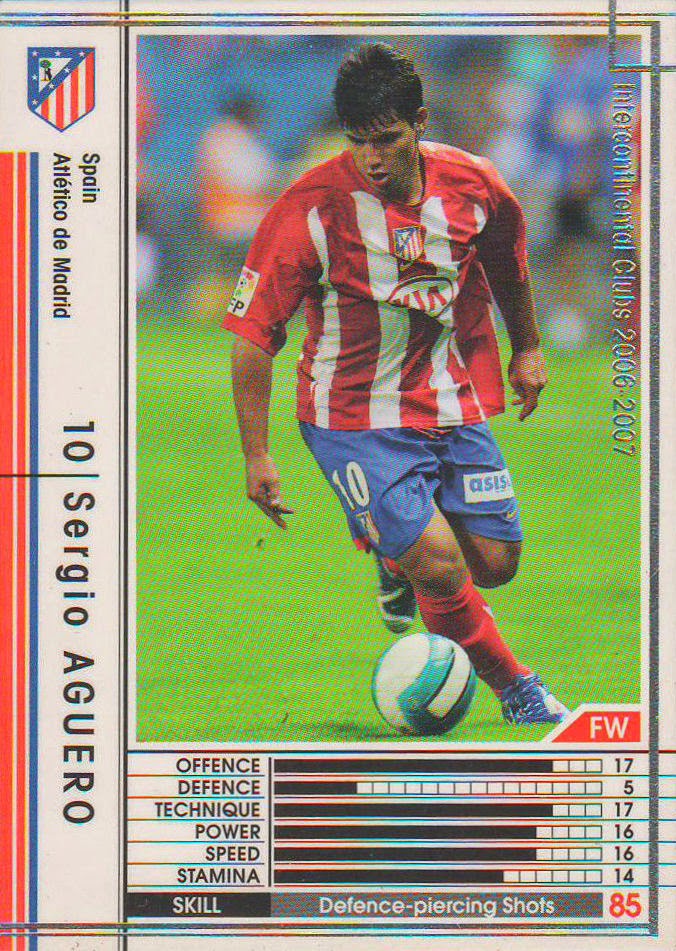 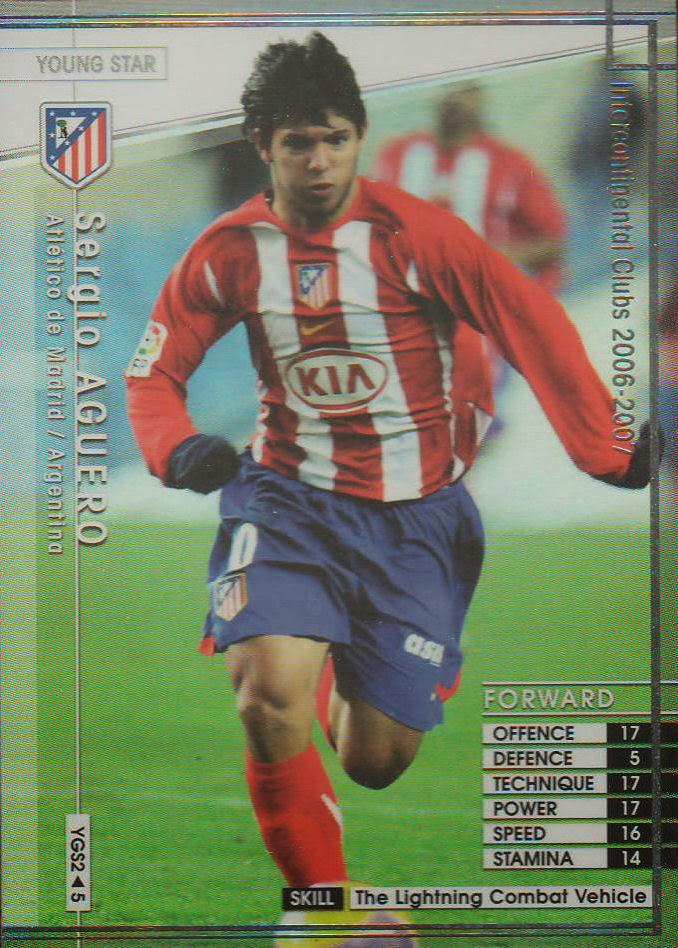 Steve has been in touch about the Sergio Aguero cards...
For your information, Aguero also has two rookie cards in the 2006-07 Panini Sega WCCF set - #334 and a Young Guns foil insert #YGS2.
The foil version is a beautiful card!
Both cards appear in the original list (Sergio Agüero) but were issued in 2008, not during the 2006-07 season. As with all WCCF cards they are released later, sometimes almost a year after the season listed on the card has ended.