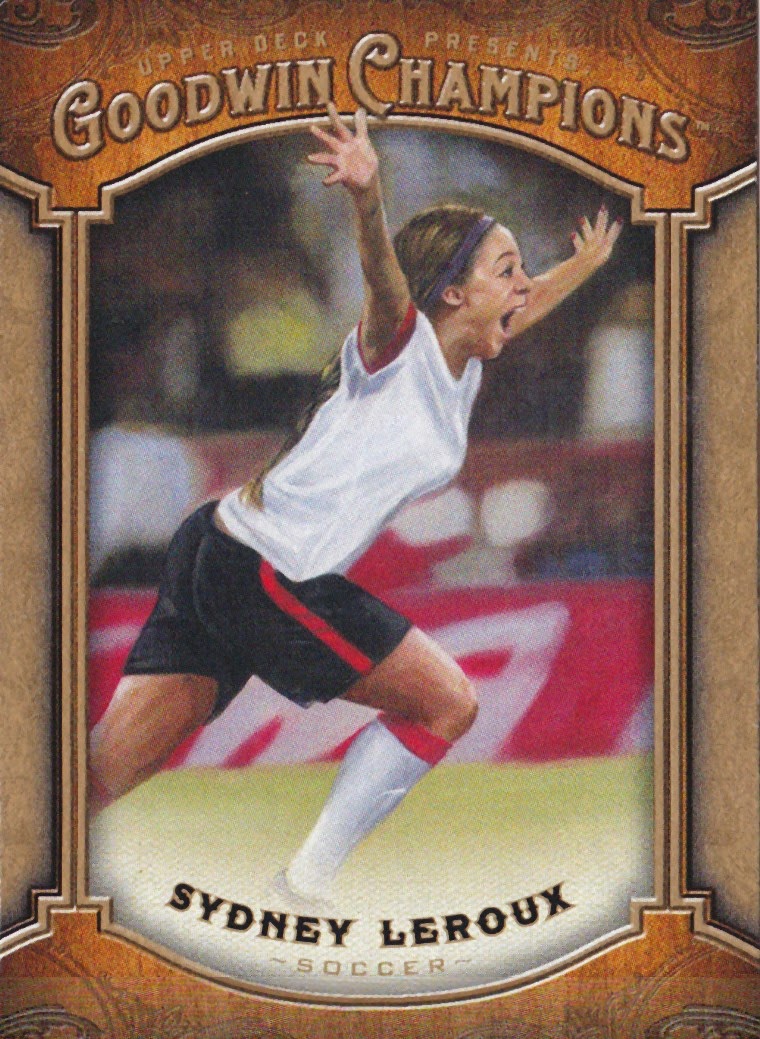 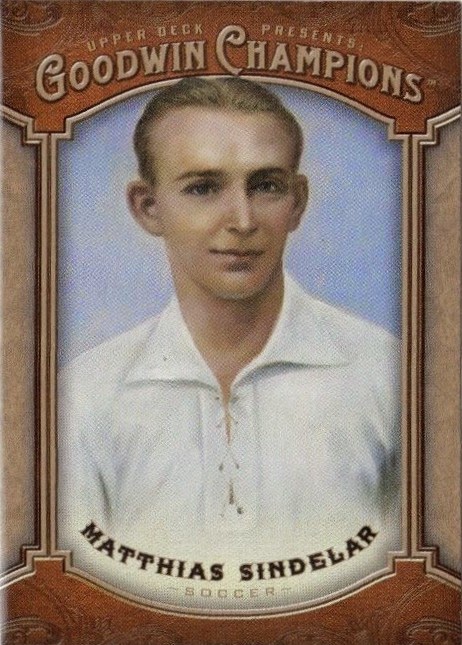 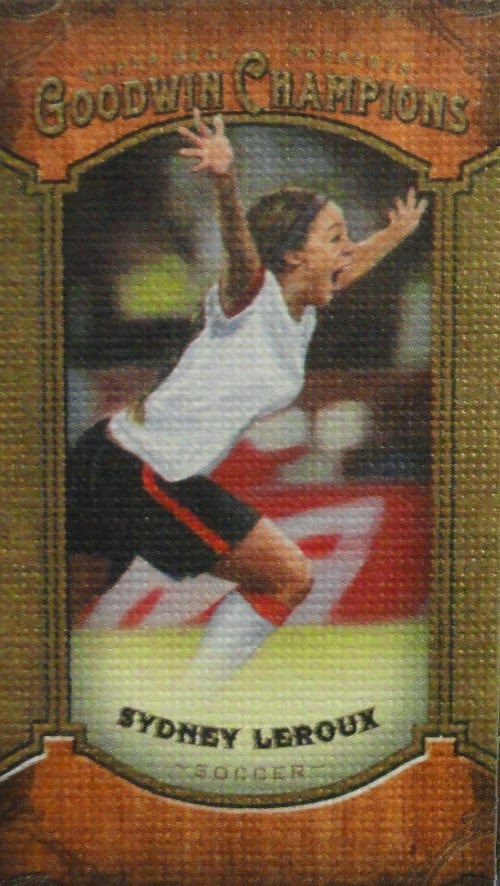 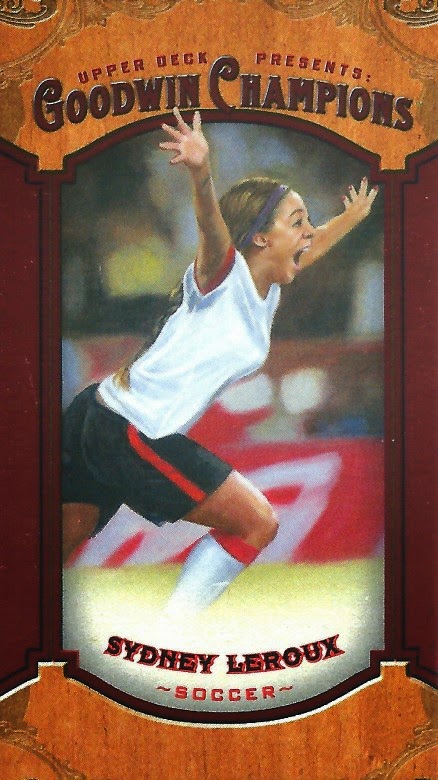 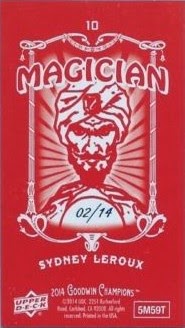 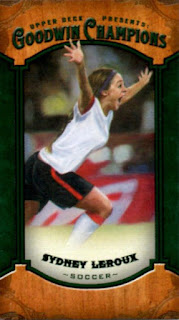 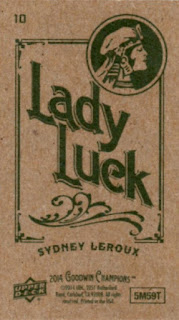 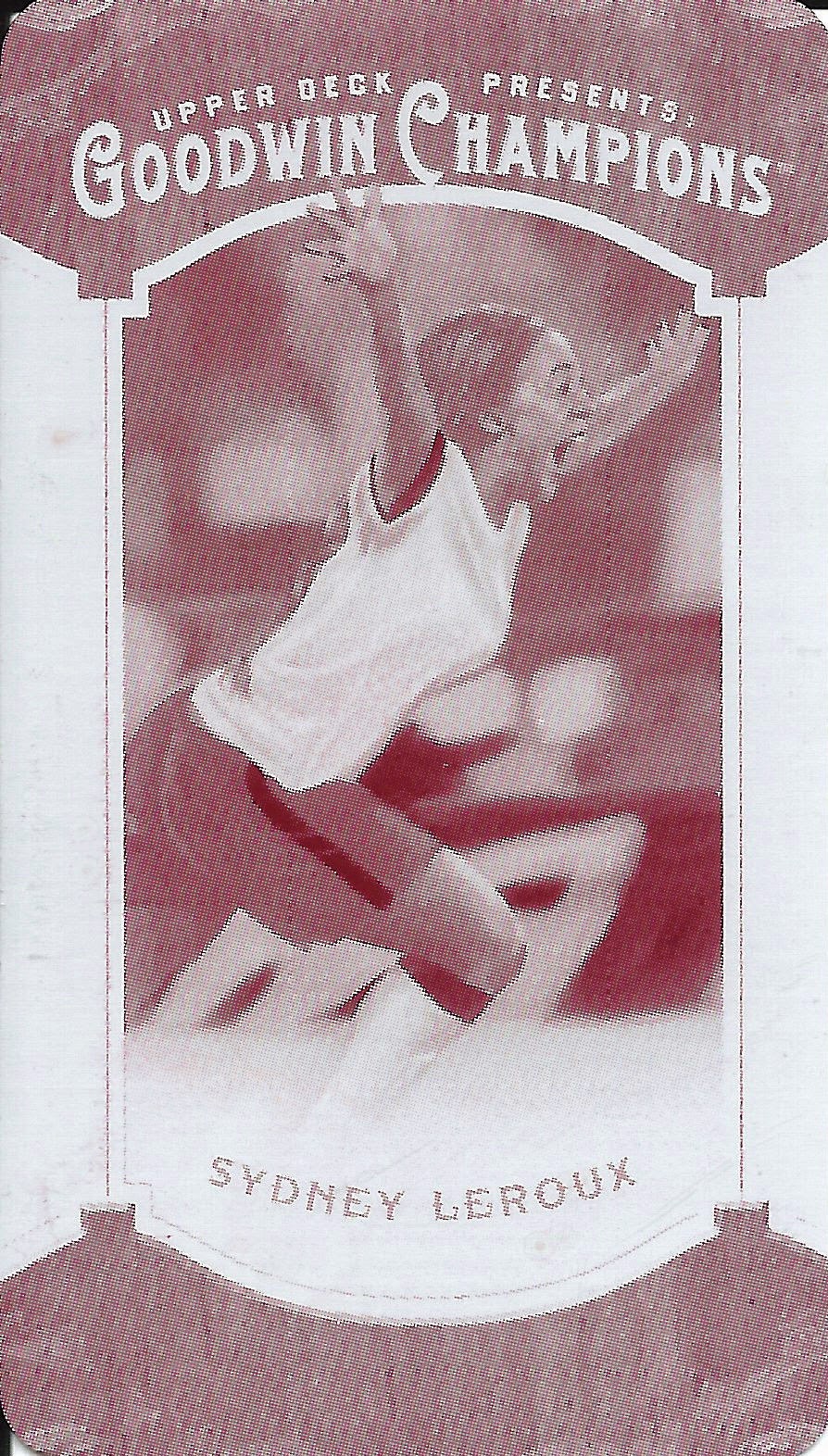 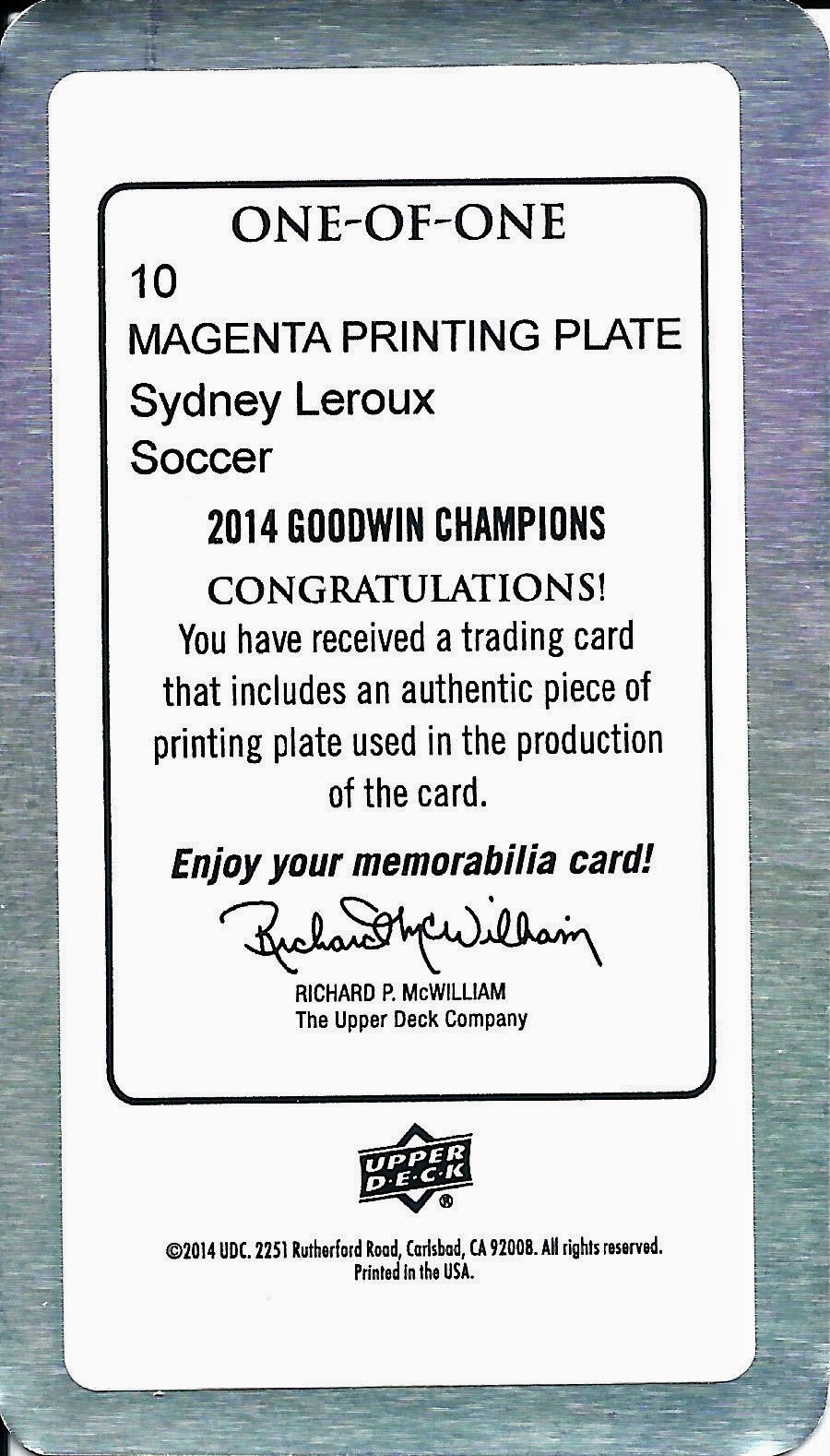 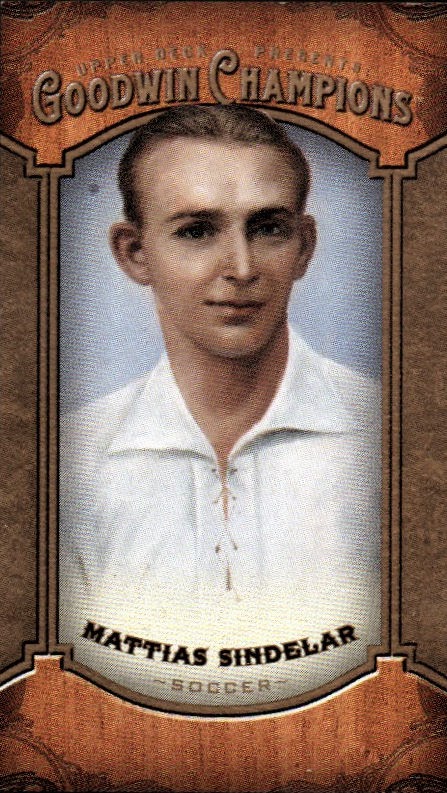 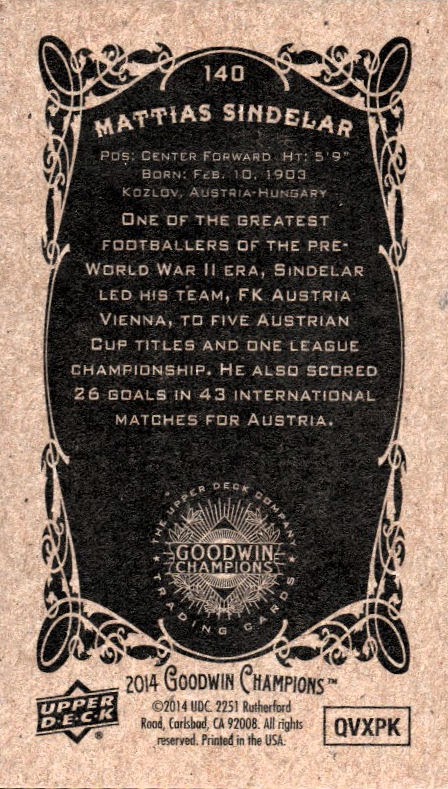 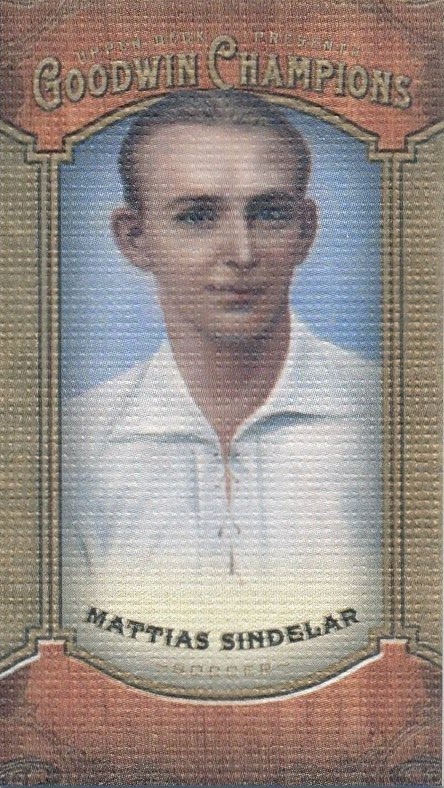 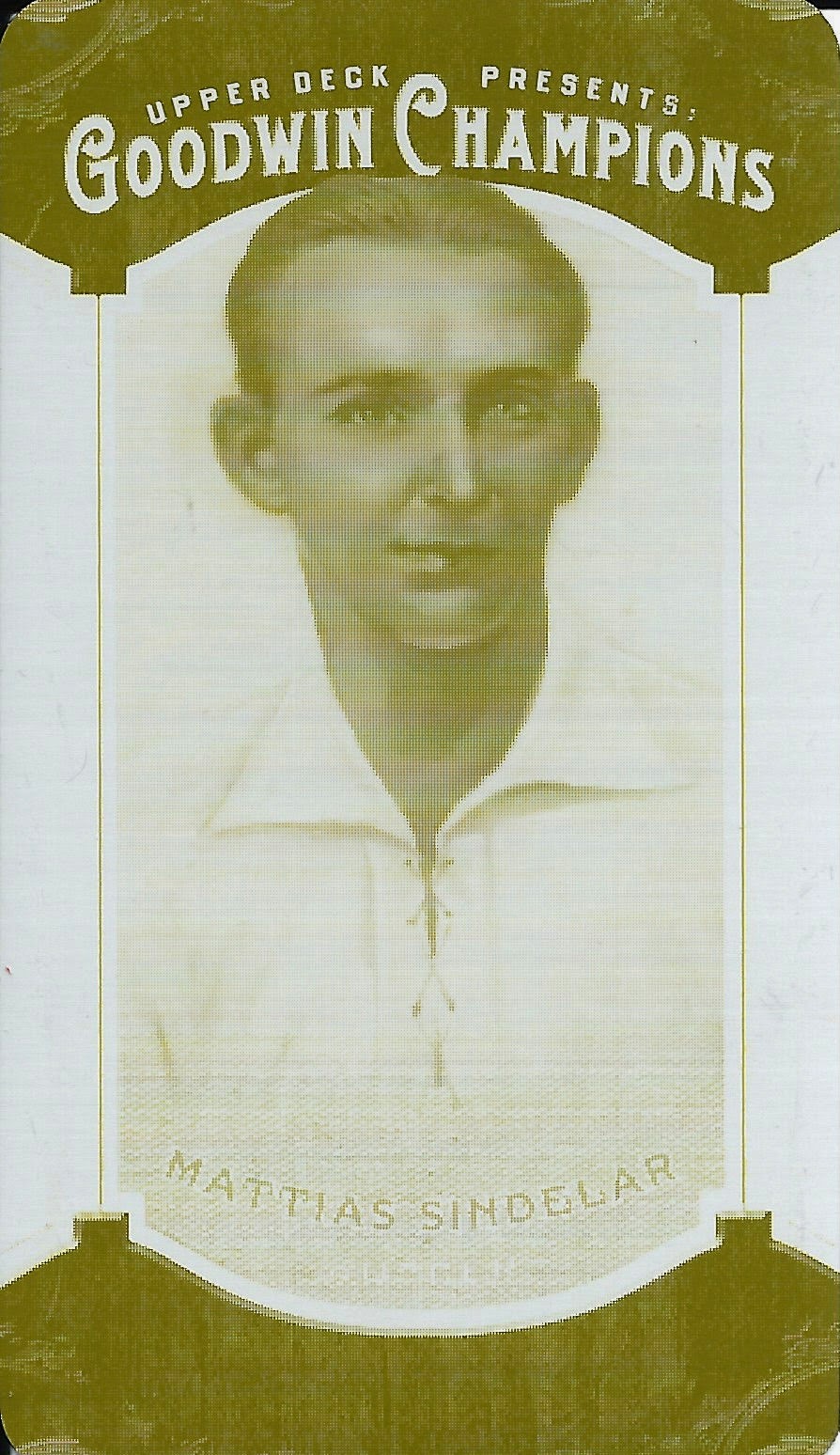 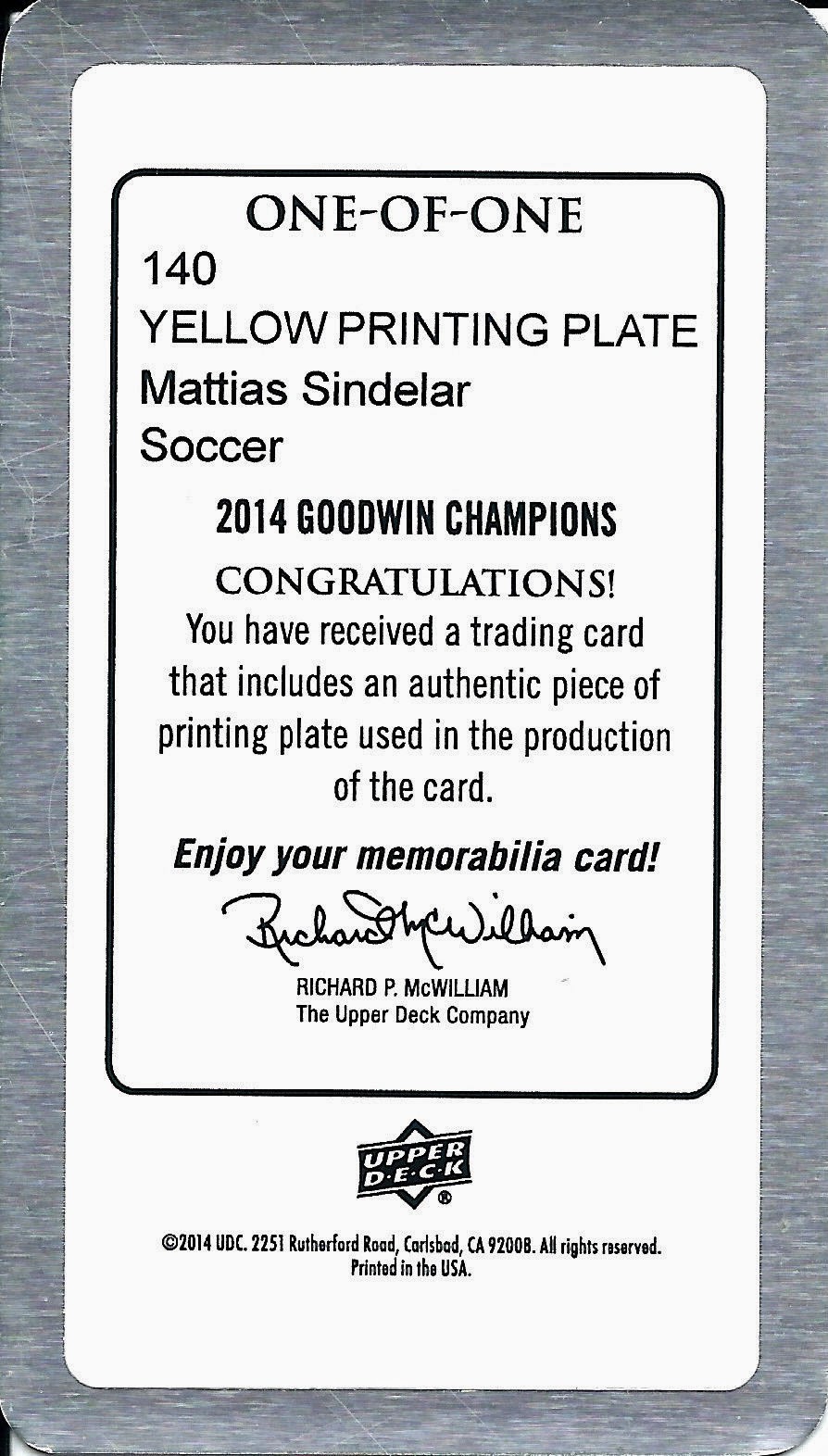 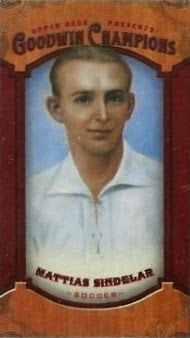 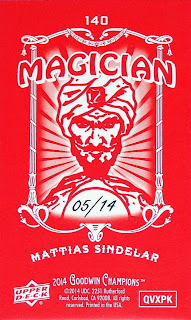 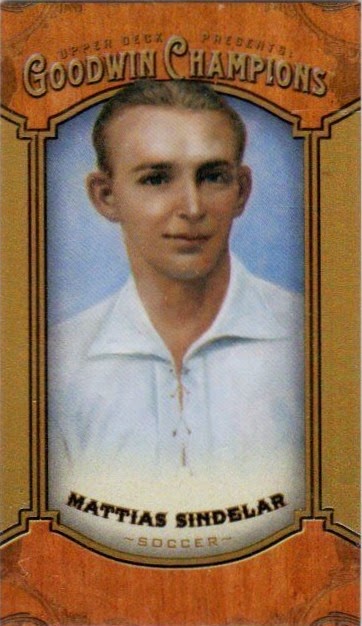 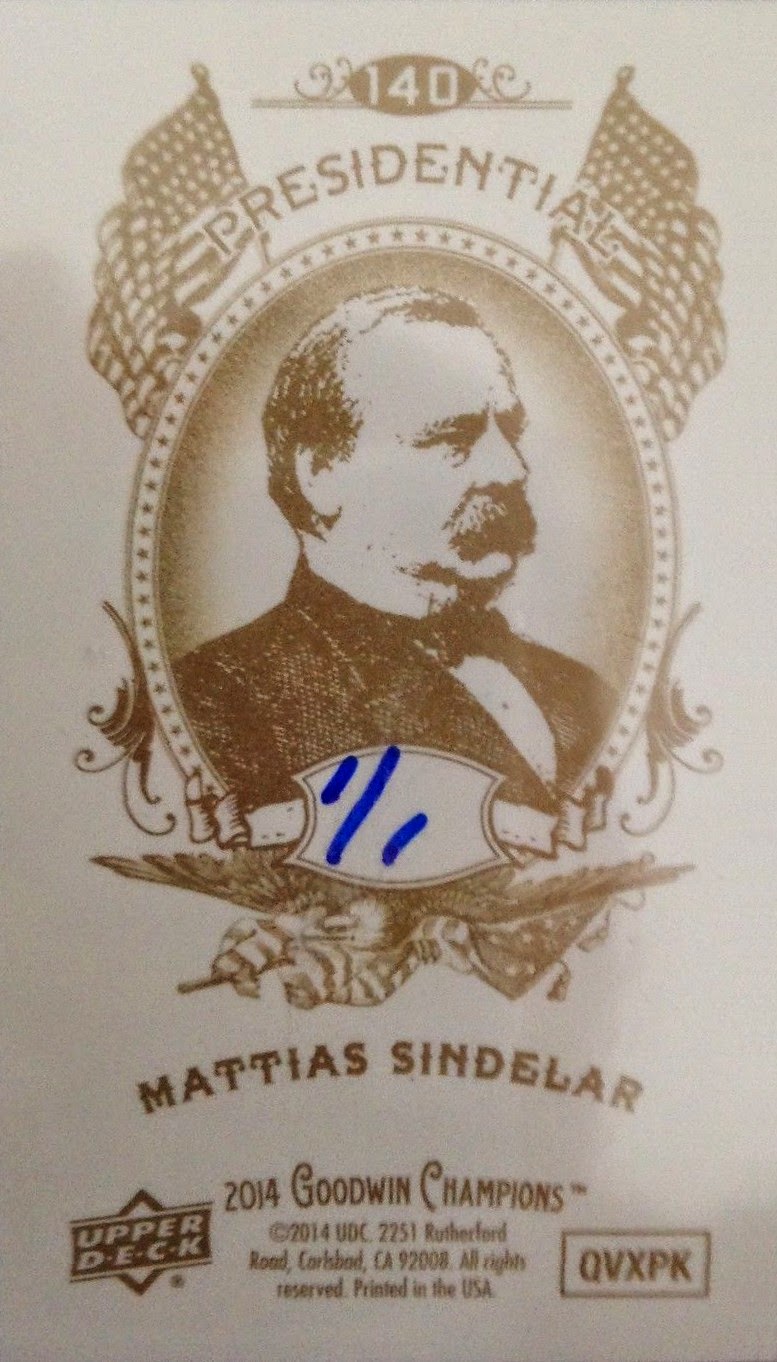 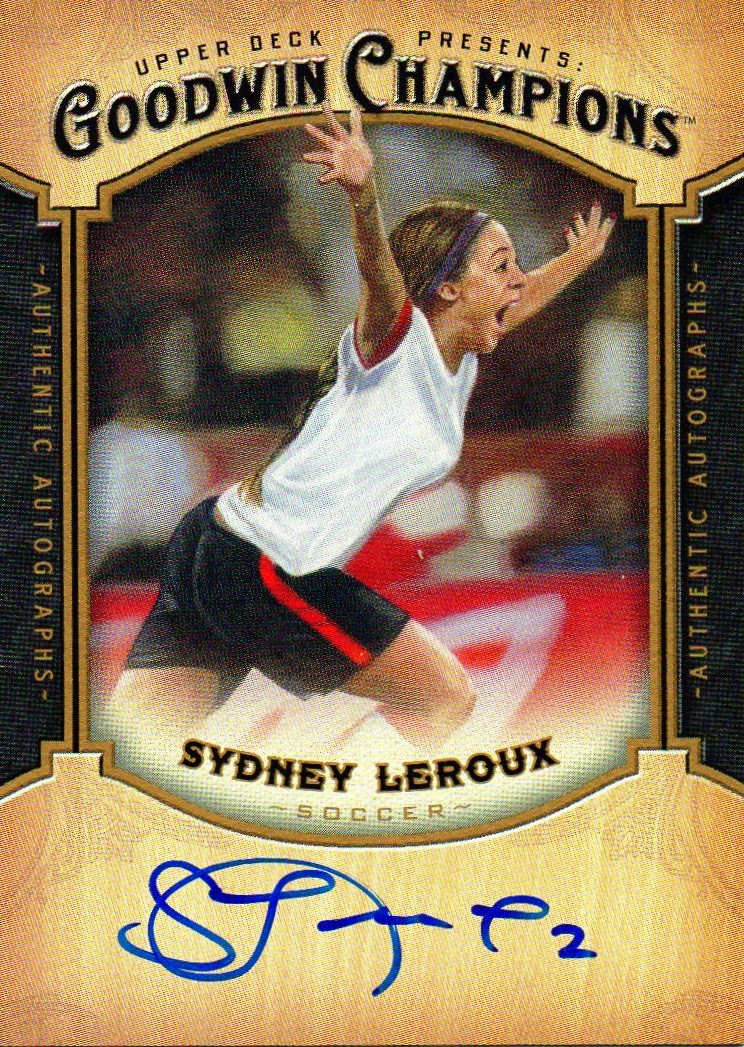 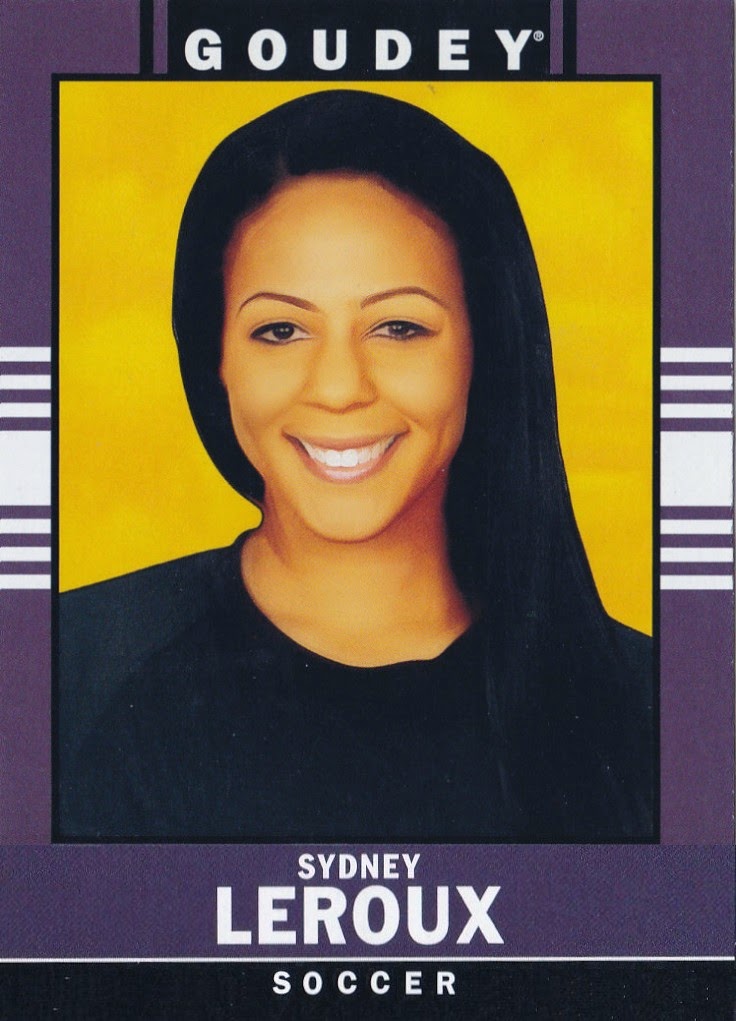 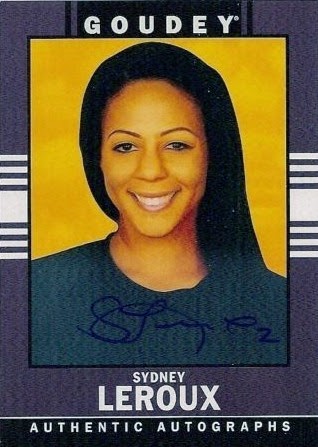 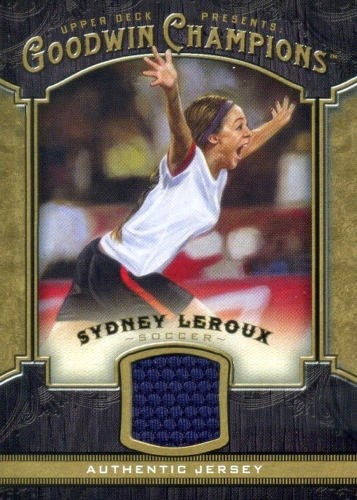 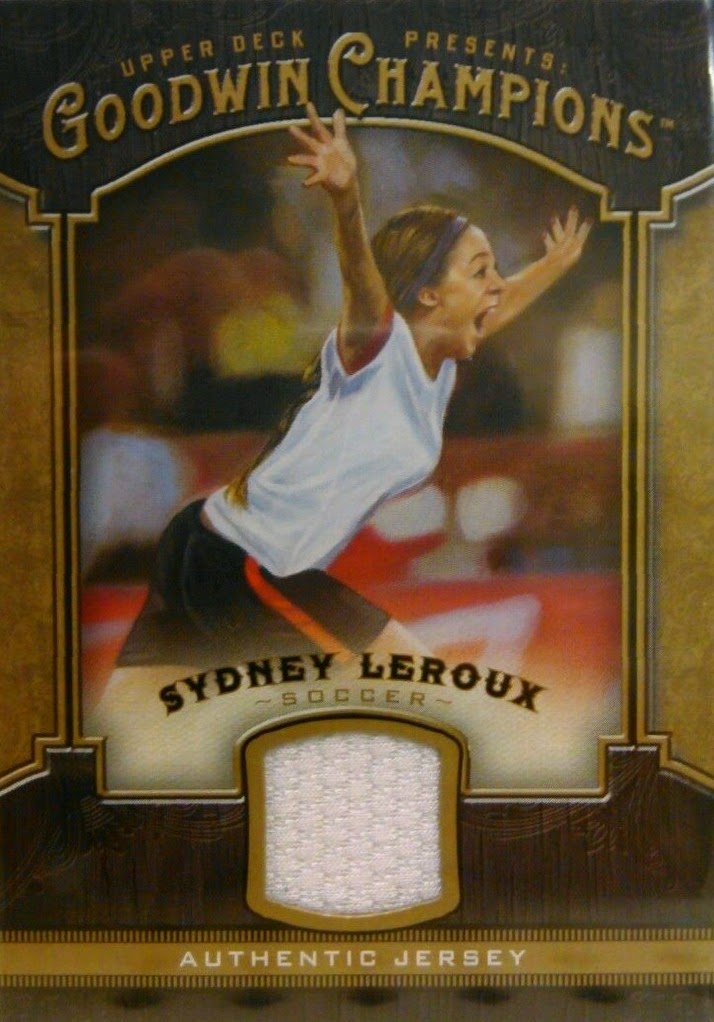 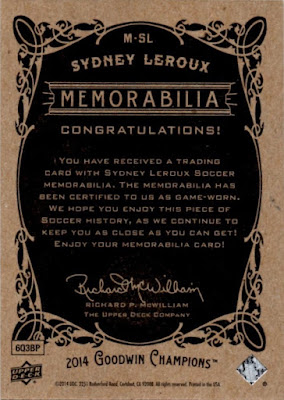 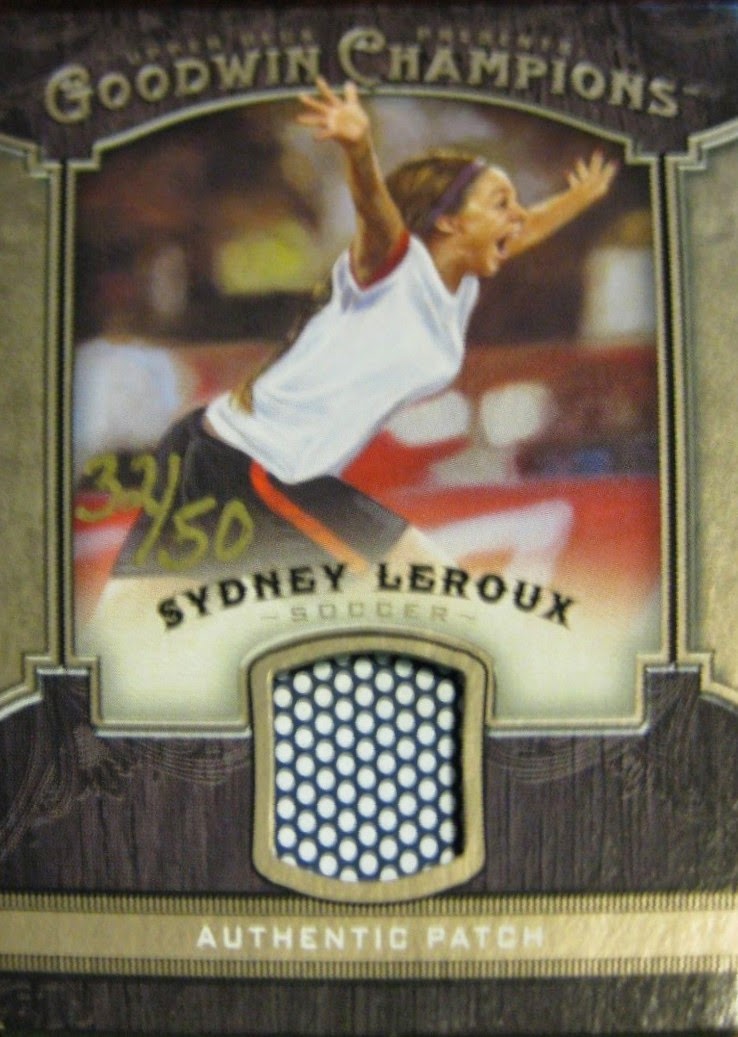 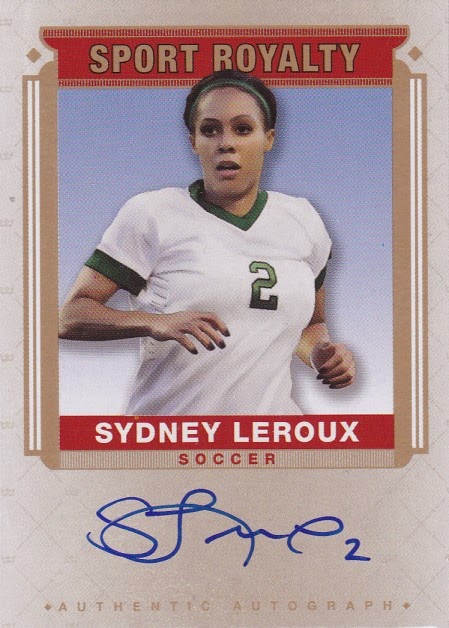 Upper Deck has released their 2014 collection of Goodwin Champions on 2nd July, 2014. A multi-sport set but covering so much more - monsters, works of art, prehistoric animals... Get in touch if you need a complete checklist. I've only included the football (soccer) cards here, which are made up of various cards featuring Sydney Leroux of the USA's womens team and Mattias Sindelar - he was an Austrian footballer who played centre-forward for the celebrated Austrian national team of the early 1930's known as the Wunderteam, which he captained at the 1934 World Cup.
I'll be adding a few more illustrations here as I track then down....