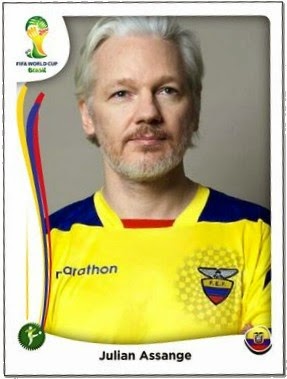 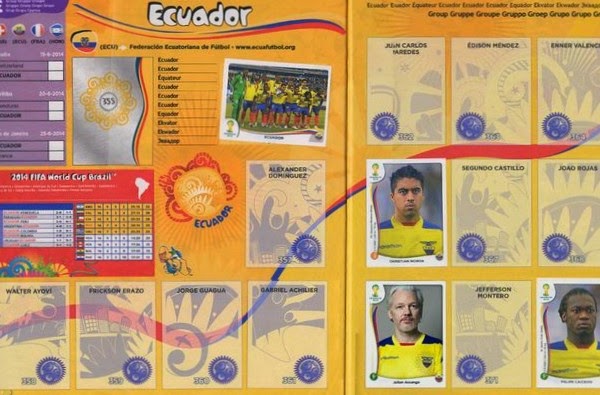 On the 15 May the Daily Mirror's website brought us a new Panini sticker, but you won't find this one in any paclets. I'll let them explain....

Julian Assange declares World Cup suppport for Ecuador
with Panini sticker style portrait
Jun 15, 2014
by Martin Belam
We all want to be in the Panini sticker book, don’t we? And Wikileaks founder Assange is no different
Julain Assange declared his support for Ecuador today as they kicked off their World Cup campaign against Switzerland. He released a picture of him posing in the Ecuador shirt.
The move won’t please David Cameron, who wants people to be more British at the moment, but since Assange has been holed up inside the Ecuador embassy since Euro 2012, you can understand it.
We’ve given him a helping hand and put the portrait into the Panini sticker template for him.
And imagine how Assange might look as part of the Ecuador squad in the book too.

Email ThisBlogThis!Share to TwitterShare to FacebookShare to Pinterest
Labels: News