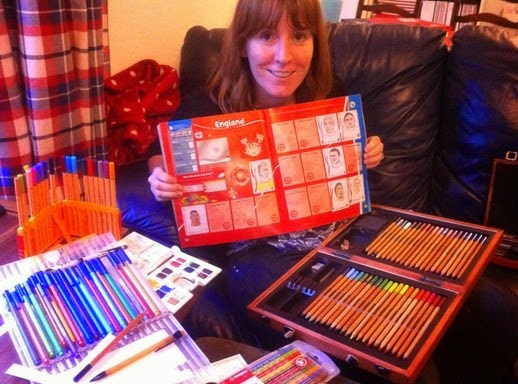 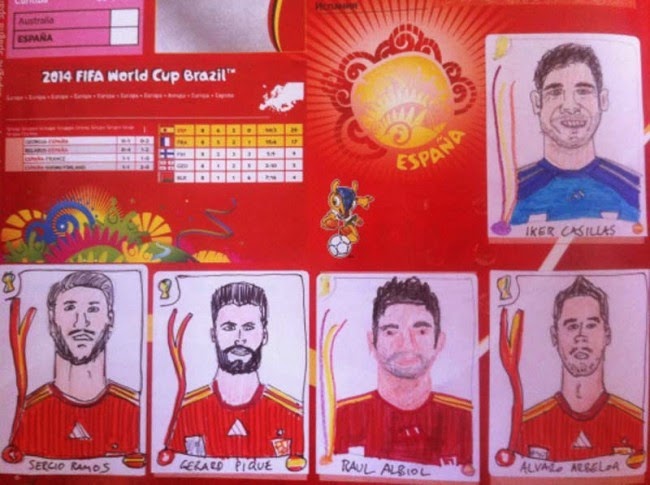 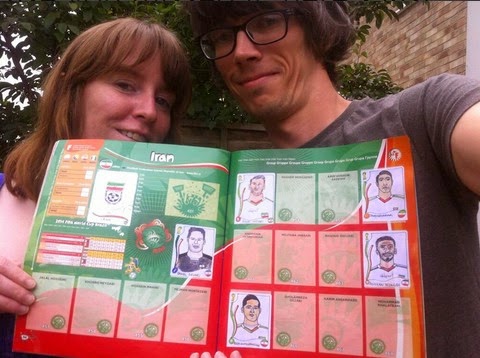 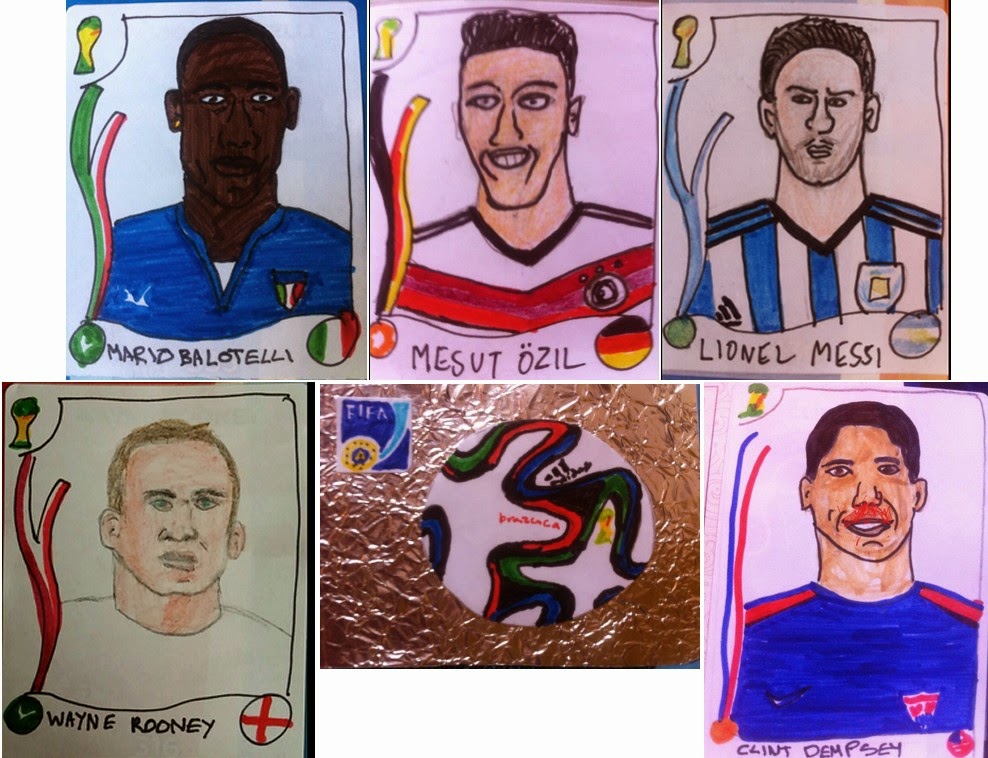 A completely unique collection... I'm hoping they do a Gary Medel soon. I found this on the Who Ate All The Pies website. Check out the link.

Who Ate All The Pies - The Tasty Football Magazine

Football Art: Cheapskate Panini Sticker Fans Draw Their Own World Cup Stickers
by Chris Wright
We’ve all been there. Blitzing through your pocket money week after week in the desperate attempt to complete your football stick book, only to give up weeks later with five or six elusive stickers proving elusive.
Instead of putting themselves through that kind of heartache again, a chap named Alex (who confesses that his artistic talents stretch as far as being able to draw a “quite good” Homer Simpson) and his other half Sian (who has an A Level in Art, no less!) have forgone the official stickers and have simply set about filling their Panini World Cup sticker album with drawings of the players.
Calling themselves Panini Cheapskates, their handiwork really is rather charming…
The best bit? They even make their own shinies…
If you’d like to keep tabs on their progress, you can follow the Panini Cheapskates on their own blog at http://paninicheapskates.wordpress.com/ and also on Twitter @CheapPanini