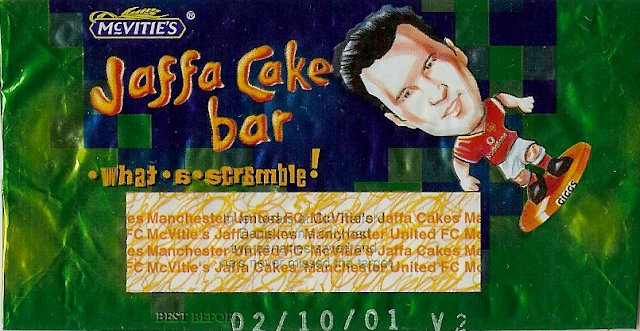 Eleven different players are featuring using Corinthians figures to illustrate each of them. The panel on the front can be read when a special piece of film is placed over it. Each player can be found with three different facts hidden on the panels. It was also possible to find larger packets that also included scrambled messages and these used three Corinthian figures on the front - Paul Scholes, David Beckham and Ryan Giggs.