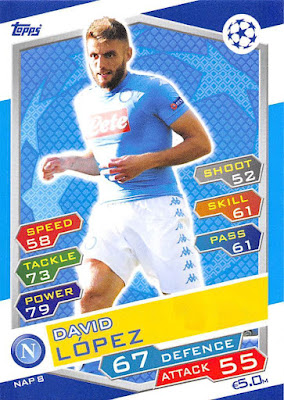 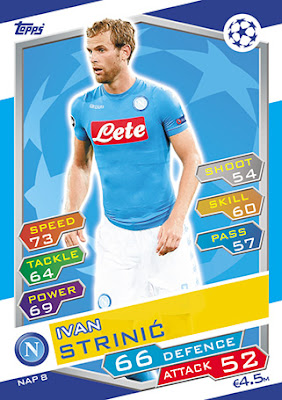 Tankerton1 informed me about a couple of Napoli players who were in the original release but have been replaced in subsequent versions. David López moved to R.C.D. Espanyol on 26 August, 2016.
The original checklist can be found here - Topps - UEFA Champions League Match Attax 2016/17 (06) - Complete Checklist where underlined headings feature links that take you to illustrated checklists.